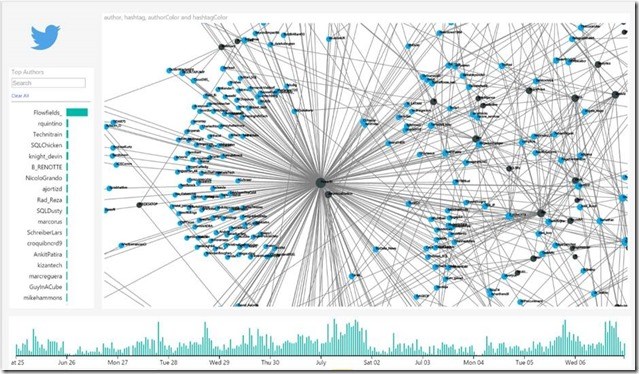 Microsoft recently announced an expansion of its Twitter solution template in Power BI. The company says the brand and campaign management tool for Twitter now supports 15 languages. These languages are for sentiment analysis within Power BI.

Power BI customers use the Twitter template as an end to end brand and campaign management solution. It gives users such as marketing managers to gather information based on Twitter trends. It can be set up in a few clicks and helps find positive and negative tweets that can be replied to.

Microsoft Research developed the solution in collaboration with the team. It uses advanced analytics to achieve improved insights for customers.

“Once a user sets up the template they can immediately consume insights delivered by this service through the report. This includes understanding dips and peaks in sentiment across time as well as identifying positive/negative hashtags or authors.”

With this new service, users can more easily make decisions based on their data information. After an app is installed, the feature can be accessed through the web portal or on a mobile device.

Finding and viewing content is more efficient and available in one hub. The new service is available through Microsoft AppSource or from a shared link.