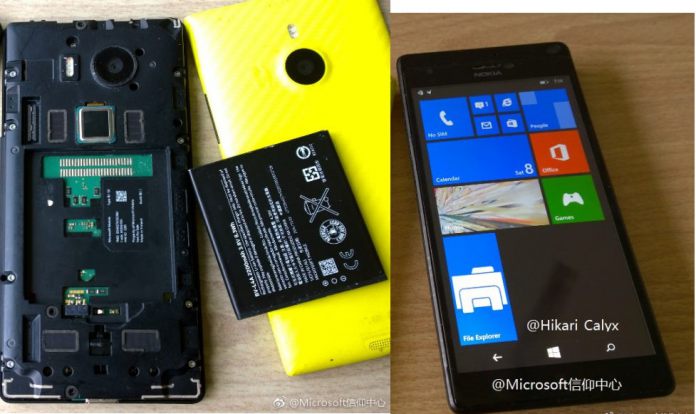 In the last few months, we have heard about several unreleased smartphones that would have run Microsoft’s Windows platform. However, while some of the recent scrapped devices have been Microsoft’s own, another would have come from another source. Although, not all is as it seems

The Hapanero Windows Phone featured a Qualcomm Snapdragon 810, backed up by 4GB of RAM and 32GB of internal storage. Users would have been able to expand the storage with a microSD card.

On the display front, the Hapanero Windows Phone would have come in two variants, a Full HD 1080p panel and a 1440 Quad HD display. Elsewhere, it would have kept up Windows’ solid camera reputation with a 20 MP main snapper with triple LED flash.

However, we are calling this device out and we don’t think it is an unreleased Lumia. In fact, it bears an uncanny resemblance to the Lumia 1520, one of the best Windows-based smartphones ever made.

While many outlets are reporting this as a previously unseen device, we have our doubts. Let us know in the comments what you think, do you also see this as a Lumia 1520?

Of course, while the “Hapanero” phone looks like trick, there have been other handsets that were meant to come to Windows but never did.

Last week, the Microsoft Lumia 960 was found. The unreleased Windows 10 Mobile device would have replaced the Lumia 950 XL as Microsoft’s flagship device. However, it was never completed as the company pulled away from the mobile hardware.

It makes plenty of sense that there are several Microsoft smartphones that were in development but never launched. The company’s decision to stop making smartphones was rather sudden, so we imagine many projects were killed as a consequence.