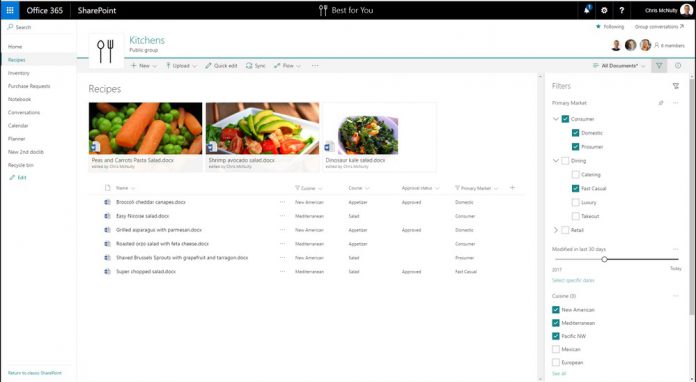 The ability will be coming to List and Library page in an effort to bring more features to filters. Microsoft hinted at the new feature at the Summit. It appears the metadata navigation will be SharePoint Online users through Office 365 subscriptions.

Microsoft is clearly trying to prompt users away from the classic SharePoint experience to the modern platform. Of course, the release of SharePoint Server 2016 was at the heart of this modernization.

That build will be getting Feature Pack 2 later in the year. This will see some features found in the Online version come to Server. Perhaps, although it is certainly not confirmed, metadata navigation will debut Online and come to Server in the fall update.

As it stands, Microsoft is making it clear to get the new feature, you need modern SharePoint builds. Indeed, the classic version of the platform does not support the metadata navigation filter.

“Any metadata navigation configured in classic lists/libraries will be automatically added to the filters pane for modern lists and libraries.”

Microsoft says metadata ability will allow thousands of users to adopt the modern SharePoint experience. Furthermore, the company promises that once adapted, the pages “will stay in modern mode.”

So, what if you don’t want to switch to the modern experience? Well, Microsoft points out that admins and site owners can switch back to the classic version. However, we suspect this will only be available for a limited time as Microsoft is clearly pushing for users to modernize their SharePoint experience.