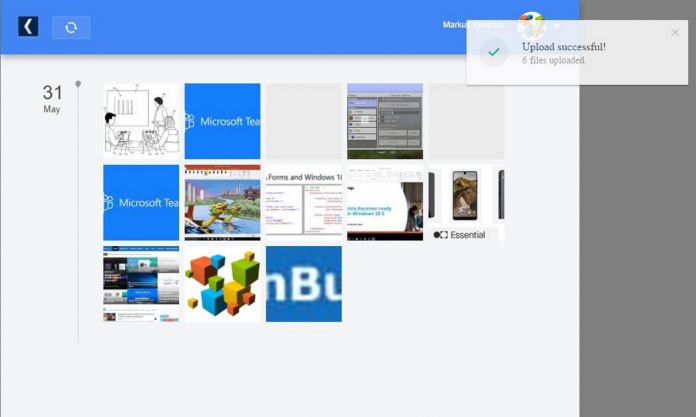 Microsoft has announced a new feature for its custom Android launcher, Arrow Launcher, called Arrow Hub. Thanks to this new aspect of Arrow Launcher, users are now able to synchronize files between Windows 10 and Android devices. Arrow Hub is currently being tested with a group of beta testers.

Of course, Arrow Hub can be used as a widget on Arrow Launcher. Therefore, users will be able to see their latest files, images, etc. on their home screen right from that widget. Users can also upload files from the widget.

However, Microsoft couldn’t really integrate Arrow Hub into Windows 10. To solve this problem, Redmond built a web app for Arrow Hub where users can sync files between their phone and computer. The web app is available on any device that can connect to the Internet.

Arrow Hub utilizes OneDrive to power this new experience. What the feature does is that it creates a folder on your OneDrive account. It then allows you to upload files to that folder so that you can fetch them and display them on Arrow Launcher or on the Arrow Hub web app.

You can download the latest Arrow Launcher APK for Android from Softpedia.

Arrow Launcher on the rise

For example, thanks to the latest version the utility page of Arrow Launcher supports multiple widget cards. Beta testers of the app are able to add their favorite music, news, and weather cards in the utility page.

In addition, Arrow Launcher v3.3 added a new card and a new page. Users that are part of the app’s beta testing have access to a Calendar card and a Calendar page.