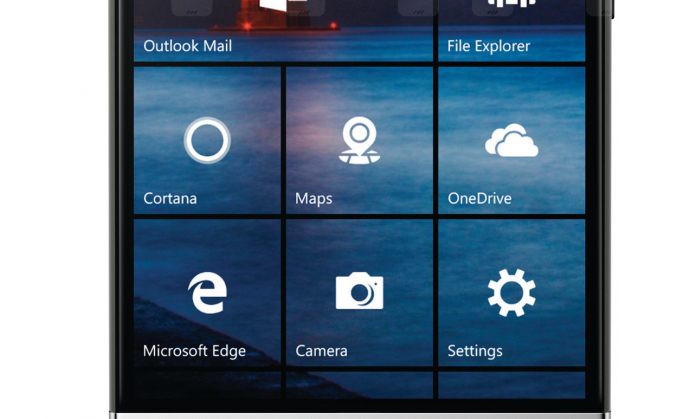 2016 was not a good year for Microsoft’s mobile ambitions. The company beat a hasty retreat from the hardware market, but the back step was directionless, leaving Windows 10 Mobile in no man’s land. Microsoft is still talking about mobile as an avenue of interest, so the big question remains what are the company’s plans?

A report from Thurrott.com suggests Microsoft is developing a new separate version of Windows 10 Mobile. To be clear, this would be a new variant of the mobile OS that would sit alongside the current branch. Brad Sims, author of the report, says this new Windows 10 Mobile branch will be for a new category of device.

Sims claims that two independent Microsoft sources have relayed this information. The new software is being created for a new type of hardware that is currently going through internal testing.

What is interesting about this report is that it tallies with Microsoft’s recent actions. Firstly, while the company initiated a retreat from mobile hardware last year, it was not permanent. Microsoft has said it plans to return to mobile hardware, but with a caveat.

From the top of the company, Microsoft is talking like the smartphone is a dying concept. We’ll let you decide whether it’s a dying category in general, or just dead for Microsoft. Either way, the company wants to instead be a leader in the next big thing, instead of continuing its futile attempts in the current market.

CEO Satya Nadella and HoloLens visionary Alex Kipman have both talked about that next big thing. Nadella says the company’s next mobile devices will not look like phones. Kipman has been a bit more to the point and hinted that mixed reality is where the future of mobile communication lies.

Now, both have been vague enough to let the imagination run wild. What is clear is that Microsoft is willing to push some boundaries to make it in mobile. It could be argued the company has nothing to lose, considering the beating Windows 10 Mobile is taking at the moment.

If the Thurrott report is correct, it seems Microsoft is already working on its game-changing device and will need a specific version of Windows 10 Mobile to run on it. Again, the imagination can run wild.

Another important thing to consider is the recently announced feature2 development branch. Microsoft debuted the branch for the Windows Insider Program for mobile users recently.

Feature2 does not offer the new goodies found in the Redstone 3 (Fall Creators Update) branch. Microsoft has said that eventually Feature2 will be folded back into the normal development branch eventually.

However, could this branch actually be a testing ground for the Windows 10 Mobile variant tailored for the new device?