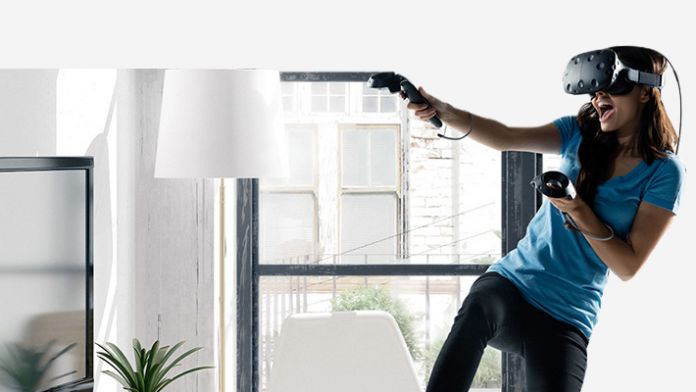 It’s hard to disagree with the immersion VR brings. It’s on of the best experiences on the market right now, with an unparalleled feeling of being in the game. However, that feeling can sometimes be broken by the pull of cords.

A collaboration between HTC Vive and Intel could change that. At Computex Tapei today, the two announced they will be bringing WiGig to the headset.

The accessory works in the 60 GHZ WiFi band using the 802.11 ad standard. This is important for two reasons: it enables latency of less than 7ms and lets multiple users share the same space.

That means we could finally see manageable multiplayer experiences with the Vive. You won’t need tons of extension leads or cable ties, just a small adaptor.

Unfortunately, information is sparse other than that. We don’t know the price point, full specs, or release date. However, Intel is planning to introduce a proof of concept at E3 this year, so more details could arrive then.

Price could be the most interesting of those aspects. TPCast is also producing a wireless solution, but it costs $220. Other companies like VR UniBlock and Quark are also working on wireless peripherals.

It’s clear that there’s a market for this kind of experience, for the right price. It will be interesting to hear more about WiGig for Vive in the coming months.