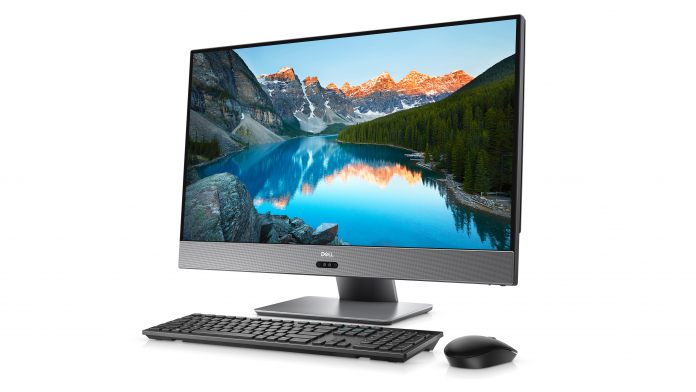 Dell’s latest all-in-one PC may not have the most inventive name, but it does cross into new ground. The 4K, RX 580-based system contains a Ryzen 7 CPU. This is one of the first Dell PC’s to feature AMD’s new octa-core processor, part of its new 27 7000 series.

Of course, Dell has a sliding scale in terms of hardware, so those specs will vary slightly depending on the build. The minimum configuration will set you back about $1000, and the max around $1500.

The Inspiron 27 7000 will offer customers a choice between two CPU, GPU and PSU options in an effort to target two audiences. There’s basically a consumer-focused model and a professional/VR one, though Dell hasn’t said this outright:

As well as what’s listed above, both models will have an extensive choice of storage options:

All those different choices may be confusing, but it does make for a more customizable experience. If you do find you need to upgrade storage later, Dell has an easy access panel to switch out the HDD, SSD, and memory.

The PCs will be running the standard Windows 10 Home with Hello, but more impressive is the port line-up. There are two USB 2.0 type-A ports, three USB 3.0’s, as well as a 3.1. Dell has also thrown in the highly demanded USB 3.1 type-C, alongside HDMI input and output.

Naturally, it also has the regular additions like WiFi, Ethernet, Bluetooth, a 720p webcam, speakers, and audio out.

Dell is selling this as a ‘VR-ready’ PC, so it’s also looking to bring in gamers. The RX 580 is a solid card for that and should be able to run most titles at 1080p ultra, though it will struggle at 4K.

The new line-up will be available for purchase very soon in the U.S., presumably coming to other countries afterward. You can look more in-depth on the Dell website.