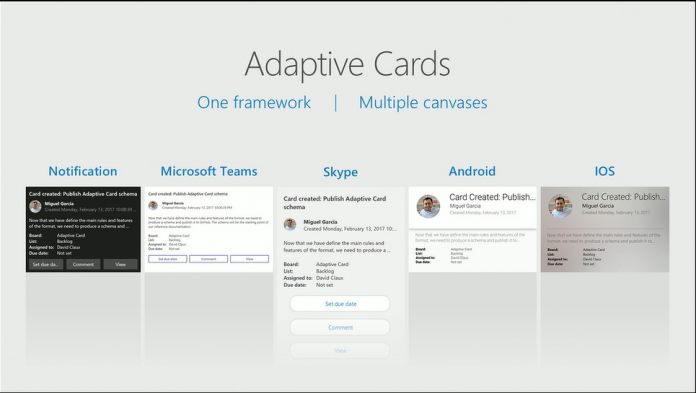 We already know that Microsoft takes bots seriously. From the Bot Framework to chat bots, the company is one of the leaders in task automation through AI. At Build 2017 today, the company expanded the capabilities of its bots with several new Adaptive Cards.

These are fairly significant additions to the Microsoft Bot Framework. At the conference on day one, the company revealed Adaptive Cards support for multiple apps. Some of them are Microsoft’s own important services, such as Skype, Cortana, Bing, and Microsoft Teams.

Other new Adaptive Cards include Notifications and rival platforms iOS and Android.

If you are unfamiliar with Adaptive Cards, they allow developers to write cards for an app or service. Announced recently for the Bot Framework, these cards use the same syntax to look good across platforms.

The Bot Framework was introduced by Microsoft at Build 2016 last March. The service gives developers tools to easily create bots and distribute them through a marketplace.

Microsoft allows developers to create bots for apps away from Skype, such as Slack, Facebook Messenger, and more. Indeed, Slack’s Botkit and the Bot Framework are integrated to support each other.

This means that Microsoft Bot developers will be able to make bots for Slack. In reverse, Botkit users can now develop their bots for other platforms. 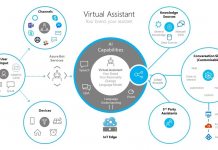 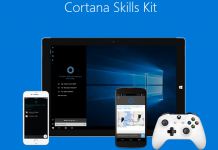