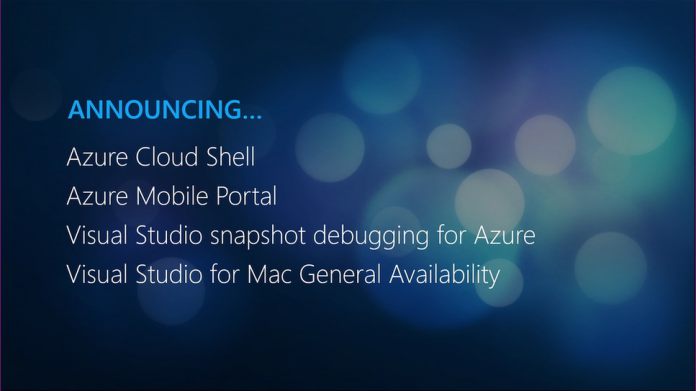 At Build 2016 last year, CEO Satya Nadella said Microsoft is now a mobile first, cloud first company. While the first part of that equation is slowly being dropped, Microsoft is very much a cloud company these days. So, at Build 2017, Azure is taking a front seat.

On day 1 of the conference, Microsoft announced Azure Cloud Shell and several other new abilities for its cloud platform.

Azure Cloud Shell is a complement to IDE and the Azure Portal. With this service, Microsoft cloud customers get a browser-based shell that is authenticated and hosted within Azure. The company says it is available to customers from anywhere in the world.

Each Cloud Shell session provides users with a automatically set up environment that syncs to a $Home directory stored in Azure. Microsoft says this allows customers to enable a persisting file, like an automation script.

Also at Build 2017, Microsoft announced that it is bringing Azure mobile apps to iOS and Android. By doing this, Azure cloud users on those other platforms can manage their cloud service on the move. Microsoft says the new Cloud Shell will also be supported across platform on mobile.

This is an interesting development. I am sure users on Windows 10 Mobile will be aware that there is no Azure app for the platform.

We have seen Microsoft embrace rival platforms over its own before. It makes sense that the company would reach out to Azure customers on iOS and Android. Many millions of customers simply use those platforms more than they do Windows.