Microsoft has informed software vendors about the attack through its threat response group. According to the announcement, the hackers used the update mechanism of a popular -yet unnamed- editing software to attack banks and tech firms. The vendor of the editing software was also under attack.

The company names the hacking campaign “WillySupply” and explains there could be a financial motivation behind it. According to Microsoft, the attackers used the updater of the editing software to deliver an “unsigned, low-prevalence executable”, then scanned the target’s network and established remote access.

Microsoft notes that shortly after the attack, the Windows Defender Advanced Threat Protection (Windows Defender ATP) research team noticed the attack. Furthermore, the company explains that “this cyberattack could have been much more problematic if it had gone undetected.”

Ultimately, Microsoft says that it was able to notify known affected parties who then contained the attempted attack and mitigated potential risks. A collaboration of security experts from the targeted industries and Microsoft researchers eventually neutralized the attack.

Another key point of this attempted attack are the tools that the hackers used. Microsoft notes that despite the fact that the attackers appear to have planned the attack carefully, they used commodity tools and simple malware.

The Redmond giant explains that “these commodity tools used are the same tools used in typical penetration testing exercises.” Moreover, the malware binary -named ue.exe– was a small piece of code with the sole purpose of launching a Meterpreter shell. A Meterpreter shell is a common pen-test tool which the attackers downloaded using PowerShell.

As a result, Microsoft warns software vendors about such attacks and provides a list of security measures for them. The company encourages vendors to provide automatic updaters using SDL best practices and instructs them to apply the following measures: 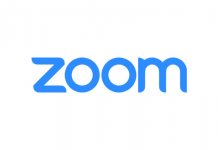