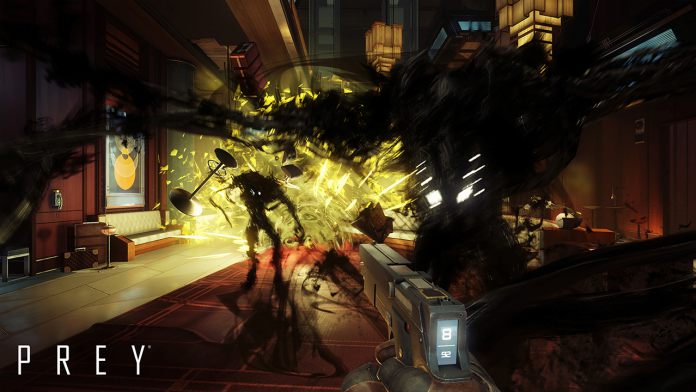 Reboots are becoming more and more popular, and that extends to the gaming world. Today Bethesda Softworks has published Prey, a reboot of the classic 2006 game under the same name.

The title was announced at E3 2016 and was developed by Dishonored creators Arkane Studios. Players control Morgan Yu and must explore space station Talos I where an alien called the Typhon has escaped. It’s your job to stop the collective reaching earth using alien abilities.

However, the real question is whether Arkane has produced a better game, or just cashed in on nostalgia. As per their new policy, Bethesda hasn’t given the press a copy of the game in advance. This makes it hard to get a conclusive review of the quality, but early impressions seem good.

In its essence, Prey is a Sci-Fi thriller, and it seems to deliver on that in an intelligent way. The story comes from Fallout: New Vegas writer Chris Avellone, who teases the player with new information through audio logs and emails.

However, this is an Arcane game, and the studio’s unique touch is there too. As with Dishonored, you can choose how to play each level. Each is open for exploration, collectibles, and more.

There are also a few initial gripes on both console and PC. The game seems to play a lot better with keyboard and mouse, but a lack of advanced options for desktop reduces the advantage of PC somewhat.

Despite this, performance for Prey seems to be pretty good across the board. This could return to glory after Arkane’s initial struggles with Dishonored 2. It’s a mixture of Bioshock, Halflife and Dishonored, a recipe that sounds enjoyable to me.

You can pick the game up on Steam, Xbox One, and PS4. Just make sure you play the demo first to make sure it’s for you.