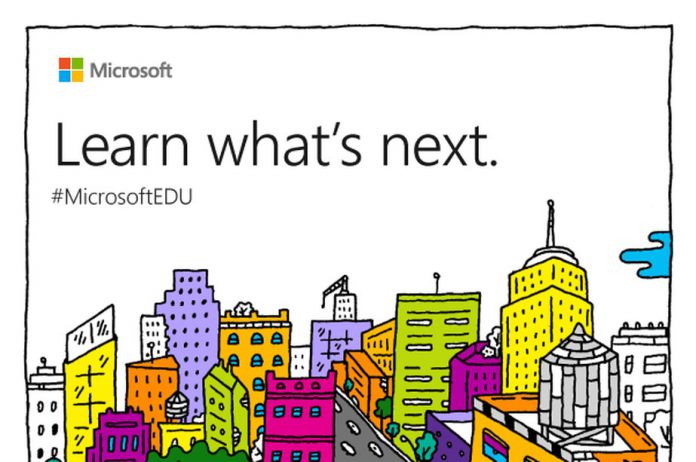 The countdown to Microsoft’s “Learn what’s next” event is approaching, as the company is getting ready to hold an education-centered conference in New York City tomorrow.

According to the announcement Microsoft released back in April, the hardware and software event will get underway 9:30 AM ET on May 2nd. This spring event has been rumored to be the place where Microsoft will unveil several new software and hardware, discussing the future in education.

What exactly could we expect, from the upcoming event? According to several reports, Microsoft might be ready to unveil the alleged Windows 10 Cloud OS, a highly-anticipated, low-cost version of Windows 10.

In addition, we might see the company’s Chromebook competitor, rumored to be called ‘CloudBook’, and the release of the Office desktop apps to the Windows Store.

It was back in January when we first heard about Windows 10 Cloud – also known as Windows 10 S. Leaked documentation suggested that Microsoft had been working on a so-called ‘Windows 10 Cloud Shell’ for a while already.

In the case Microsoft is actually getting ready to announce Windows 10 Cloud, it will also need a device that will run the OS and lead its “war” against Google’s Chromebooks. That device is rumored to be the ‘CloudBook’.

Joe Belfiore, Corporate VP in Microsoft’s Operating Systems Group, all but confirmed such plans on April 12, when he officially returned to Microsoft and talked about Windows 10 devices.

So, Microsoft might actually unveil a CloudBook device tomorrow, possibly under the Surface brand. CloudBook devices from the company’s OEM partners such as Dell, HP, etc. could also be unveiled at the event.

According to a recent leak, Windows 10 Cloud beats Chromebooks when it comes to hardware and performance. Here is a list of the confirmed recommended minimum specs:

In addition, the same leak suggested that Windows 10 Cloud devices could have all-day battery life.

Combining the alleged lightness of Windows 10 Cloud with the suggested processing power of CloudBook, we could get the full package of cheap and powerful devices. Should Microsoft achieve something like that, Chromebooks will get some pretty strong competition.

Microsoft Office to the Windows Store

One of the most important aspects of every Windows computer is Microsoft Office, especially when it comes to education. Microsoft recently announced it is aligning the released of Windows and Office feature updates, in May and September of each year.

With Windows 10 Cloud only supporting apps from the Windows Store, it is safe to assume that Microsoft will provide users with the Office experience through the Store. According to a recent report, the Redmond giant might announce the release of the Office desktop apps to the Store tomorrow.

In addition, the same report claimed that Microsoft will allegedly start offering Office 365 subscriptions through the Windows Store, starting May 2.

Taking all of the above into consideration, one can understand the importance of tomorrow’s event for Microsoft. The May 2nd event could be the start of something new and big for Microsoft.

The company could be on the verge of offering users a series of devices that are cheap and strong at the same time. Will it work out?