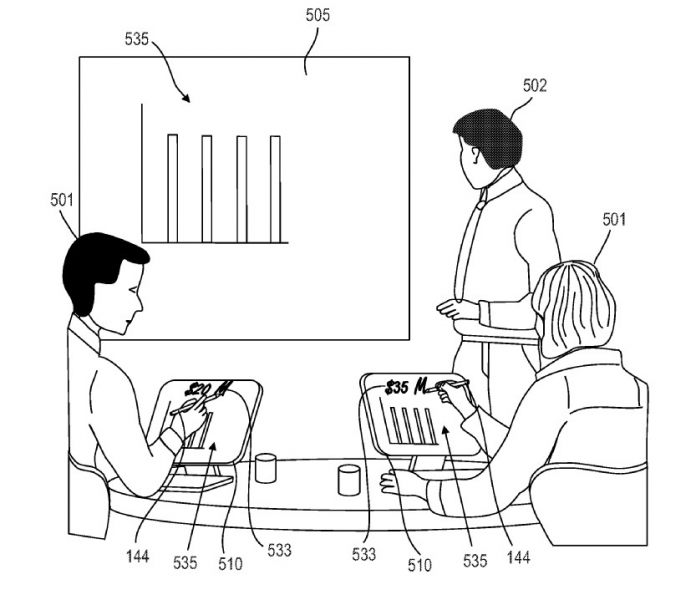 The application with the title SYSTEM AND METHOD FOR AUTHENTICATION WITH A COMPUTER STYLUS describes a method for securing operation of a computing device operated with a stylus.

The idea is that the user would use a stylus to draw predefined gesture on a touch screen which then would be automatically recognized.

Restricting the gesture-unlock or annotation-feature to just a specific stylus pen would increase the security of such a system by blocking access from other persons/devices.

While this is a new patent application, the method goes back to 2012 where it first was presented by its original inventors at N-trig – Leonard Engelhardt, Guy Paradis and Tomer Kahan who now is an industrial engineering scientist working for Magic Leap.

Microsoft acquired N-trig, the maker of what we today know as the Surface Pen in 2015 for $30 million.