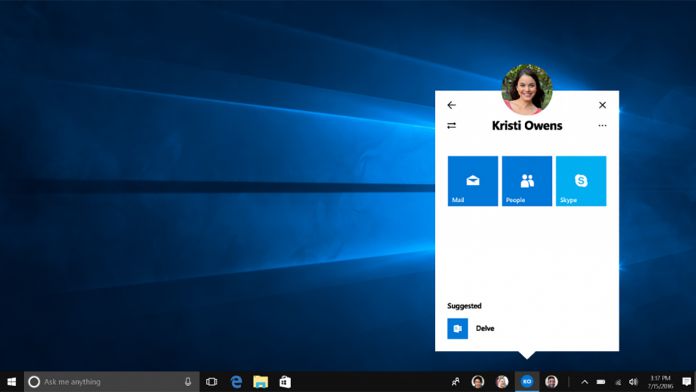 Microsoft is still beefing up its feature-set for the Skype UWP applications. The company ditched the preview tag for the app earlier in the month. However, it is still a little limited compared to the previous full Skype Desktop app. A new update for the app brings Skype UWP a little closer to what Microsoft wants.

The company wants Skype UWP to become the chief service on Windows 10. Each update helps to make the app more robust. The latest is version 11.15.570.0, which is now available to download.

It should be noted that this release is for Windows Insiders on the Fast Ring at the moment. As usual, over the next couple of weeks, expect the built to move through preview rings to full release.

There are not loads of new feature in this Skype UWP build, but there are a few. For example, users can now share PC audio when they share a desktop screen with contacts. Another new ability lets users open images directly in the app, without the need of the Windows 10 Photo app.

As usual, Microsoft has provided a full changelog for the release:

For users running the app on the Production Ring, there is also a new update available. Unfortunately, Microsoft has not provided a changelog for this release. However, it brings the app up to version 11.14.675.0.

It seems one new addition to the Production Ring version is Skype messages now appearing on the Live Tile.