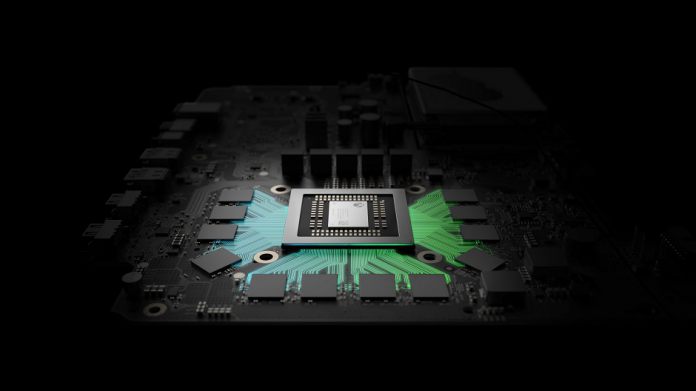 Earlier this month, we wrote about the challenges Project Scorpio faces, despite being comfortably the most powerful console. In a wide-ranging interview with the Guardian, Xbox chief Phil Spencer discussed how Microsoft plans to overcome those challenges.

In our report, I discussed several problems such as market proliferation, cost, and crossing the 4K divide. One of the most controversial aspects of Project Scorpio is whether the console can improve Xbox One 1080p games enough to justify upgrading.

An internal Microsoft demo and the company’s claims suggest yes. Spencer points out that the console will simply deliver the best gaming experience for customers, no matter their display:

“I think Scorpio is for the console customer who wants the best version of the console games on their television, whether they have a 1080p or a 4K television,” he says. “We’ve got a higher frequency CPU than any other console, we’ve got a better GPU, we’ve got more RAM. I have a Scorpio at home, so I’ve moved it back and forth from a 1080p TV to a 4K TV – and if you’re running on a 1080p TV and you plug Scorpio in you’re gonna be able to tell.”

I have also previously argued that Xbox Scorpio is unlikely to beat Sony’s PS4 in terms of sales, but it will put Microsoft back on top in terms of innovation and features. Native 4K capabilities are the biggest draw, but far from just making a play to 4K TV owners, Microsoft is also touting the performance of Scorpio.

Spencer admits now that at the launch of the Xbox One, the hardware was not as good as Sony’s PlayStation 4. He adds that the situation has now changed across the Xbox range:

“Three years ago we were in a position where maybe our hardware wasn’t touted as the best in the market,” says Spencer. “Now I can say, OK, from the Xbox One S to Scorpio, I’m incredibly proud of our hardware lineup relative to anybody else’s.”

Of course, the device will not compete with PCs, but Spencer says it will straddle a cost/performance line that no other console can.

“If you said to me, ‘could you or another console manufacturer design a $2,000 console that ran, like, two Titan Xs SLI-d together?’ Then yeah, we could do it. But the console price points aren’t there. If you’re willing to spend a couple of grand building up an i7-based machine with umpteen terabytes of RAM, you can go do that on a PC.

But I actually feel with Scorpio we’ve been able to hit a really nice price/performance ratio. When we talk about the price, I think people will see that. It is a premium product, there’s no doubt, but I think relative to the PC that you could go buy at this spec, you’re gonna feel really good.”

One of the most interesting unanswerables surrounding Project Scorpio is whether developers will embrace the console. Spencer says progress is good, but does not go into specifics on which third parties are building specifically for the console.

The executive does admit that Xbox One will remain the bigger install base. In other words, dev’s are more likely to target the older console before Scorpio. However, he also points out that hardcore gamers who spend more buying titles will almost certainly upgrade to Xbox Scorpio. There will be value in developers creating games for the console:

“The largest installed base will be Xbox One, for us, right, and they’re gonna want to sell to that. The difference, though, is that it’s the Scorpio customer that buys the most games. So teams may say ‘Hey, I’m just gonna do an Xbox One version of the game, and it’ll run better in Scorpio but I’m not gonna do anything specific to take advantage of Scorpio beyond just what I get from CPU and GPU,’ and you’ll have other teams that say, ‘I know my customer is the Scorpio customer’. I always want to give the tools to the creatives and let them make the decisions.”