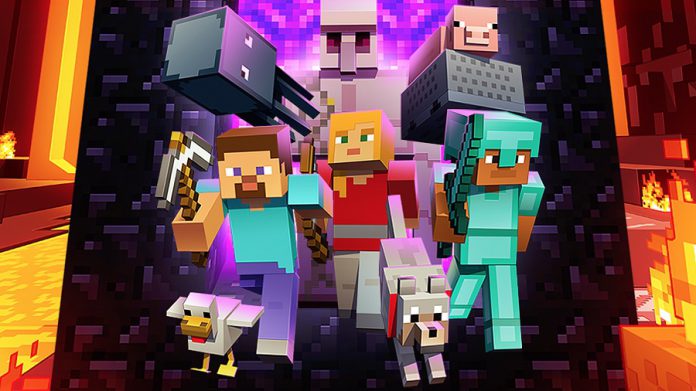 Last week, Microsoft-owned developer Mojang announced Minecraft Nintendo Switch Edition. The latest release for Minecraft is specifically designed for Nintendo’s unique console. However, additional information from NeoGAF suggests there will be restrictions on the game due to the Switch hardware.

More specifically, it seems the Minecraft Nintendo Switch Edition will be a hybrid version of the game found on PS4 and Xbox One. Because of this, the game will come with a reduced size of worlds. However, Minecraft on the Switch will maintain the same framerate it has on the PS4 and Xbox One.

The report shows that worlds will be reduced to medium sized, with a building area of 3072×3072 blocks. By comparison, the building area on Xbox One and PS4 is 5120×5120 blocks.

This is glass half full, glass half empty information. For example, if you are coming from a PS3, Wii U or Xbox 360, you will find the Minecraft world on Switch to be 13 percent bigger. If, however, you are used to Minecraft on Xbox One and PS4, the game world will be 40 percent smaller.

Interestingly, those who worked on the port development for the new console say there have been no problems and that Switch is simple to work with. That rather suggests that the limited world size is very much down to a hardware restriction.

Of course, Nintendo is not playing the same mega-specs game that Microsoft and Sony are, so it is no surprise to learn Switch has limitations like this.

As we mentioned last week, the latest version of the game will drop on May 11. Aside from the limited game world, it seems that all features and abilities from other consoles will make the journey to Switch.

That includes the Super Mario Mash-Up pack. The update was an exclusive for the Wii U version of the game, and is now coming to the newer console.

The Super Mario Mash-Up Pack will add 40 Mario themed skins, while the game as a whole will be given an enhancement to look better.