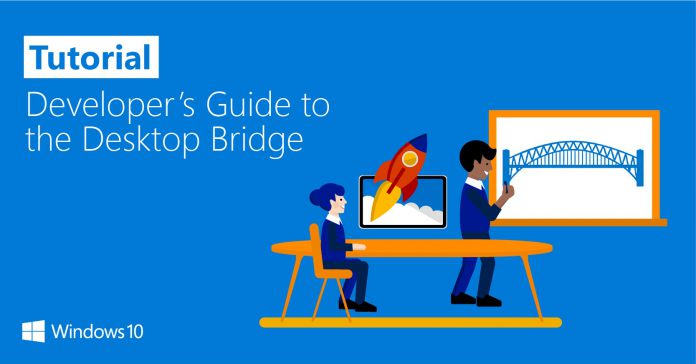 Developers now have easy tools to bridge their legacy desktop applications to the Windows Store for Windows 10. Microsoft has introduced a new resource that will help dev’s better understand the process. The company has announced a video training course coming from the Microsoft Virtual Academy.

Microsoft’s Desktop Bridge is vital to the company’s plans for the Universal Windows Platform (UWP). It allows developers to move their apps to Windows 10 and allows them to be featured in the Windows Store.

It is hugely important for Microsoft to allow developers to extend their Win32 apps to newer builds. Arguably it is the only chance Windows 10 Mobile has of boosting its app catalog. While using the Desktop Bridge is easy, there is still a learning curve and that’s where the new training course comes in:

“Watch the videos and find the relevant sample code here to start bringing your desktop apps to the Windows Store and to take advantage of new Windows 10 features of the Universal Windows Platform in your WPF, WinForms, MFC or other type of Win32 apps.”

The Developer’s Guide to the Desktop Bridge video training series is split over eight modules:

The videos are available on-demand, so users can see them whenever they want. Microsoft has also made the videos and relevant PowerPoint accompanying presentations available for download.