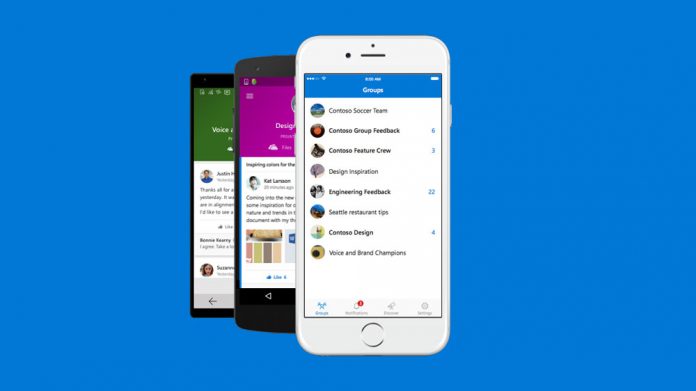 Microsoft has started rolling out Groups in Outlook across non-Windows platforms. The service is now landing on Mac, iOS, and Android. Groups has been available for business users of Office 365 and Windows users for some time. The feature has also been available on the web. Now it is generally available across rival OS’s.

With this new update, users on those platforms can get the full support of the Groups platform. This feature allows users to take actions more easily and manage group interactions. Events and views can be shared across a group, while details can be checked quickly.

Microsoft is not just focusing Groups in Outlook on new platforms. The company has also announced the following new features for the service:

“Give guest access—Last fall, we updated Outlook on the web to give you the ability to set up guest access for people outside your organization, set group classification as defined by Office 365 admins, and view usage guidelines. Now, these same capabilities are available in Outlook for Windows.

Invite people to join—One of our most requested improvements was an easier way to invite multiple people to join a group. We’ve released the Invite to join feature to Outlook on the web, which lets you create invitation links and share them with others via email or other channels, giving them a quick way to join the group.

Send email as a group—Office 365 admins can grant send-as and send-on-behalf-of permissions to members of a group using the Exchange admin center. Group members who have these permissions can then send emails as the group, or on behalf of the group, from Outlook for Windows and Outlook on the web.”

In its announcement post, Microsoft also detailed some of the additions it will make to Groups in the near future.

For example, appointments will come to the service for group calendars soon. The company says this will be available for Windows at first, as will a feature to allow mail contacts to be added by guests.