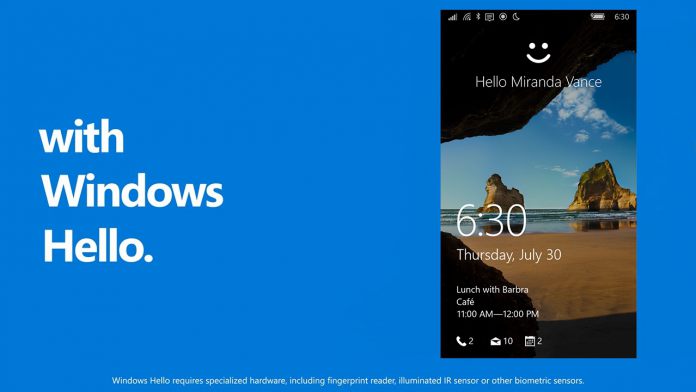 Microsoft’s Windows Hello has done a lot to improve security on Windows 10 through authentication. However, Microsoft seems to be working on improving this system. A patent published by the company shows plans to take authentication processes further for Windows Hello.

Discovered by Patently Mobile, the patent shows a new enhanced method for iris recognition. The filing states that the eye-scanner would be placed within a device, with components illuminating the eye from multiple angles.

The device will then be able to store image data of the different angles of the eye to create a digital log of sorts. With this log, the device will store data on the eye and will use it for authentication to log into the device.

Microsoft has designed the software to be able to differentiate between a real eye and a photograph. Of course, this is important for maintaining security. Due to the new method, Windows Hello will score new validation point.

The Windows 10 Lumia 950XL already has an iris scanning capability through Hello. This new patent suggests that Microsoft will use deeper learning to improve the experience for future devices.

As we always point out with patents, there is a chance that Microsoft will ever take this beyond the testing phase. However, there is one compelling reason why this tech may see the light of day eventually.

The patent refers to the technology being implemented in a new smartphone. Considering Microsoft has made patents for folding handsets and several other mobile concepts.

Of course, the idea of Surface Phone has long been mooted and many predict the device will launch this year. Certainly, any super phone Microsoft releases will need to differentiate itself from rival platforms and devices.

One way to do that would be with some business focused features. We already know about Continuum and Office, but Windows Hello could be a major selling point for organizations who value maintaining data.