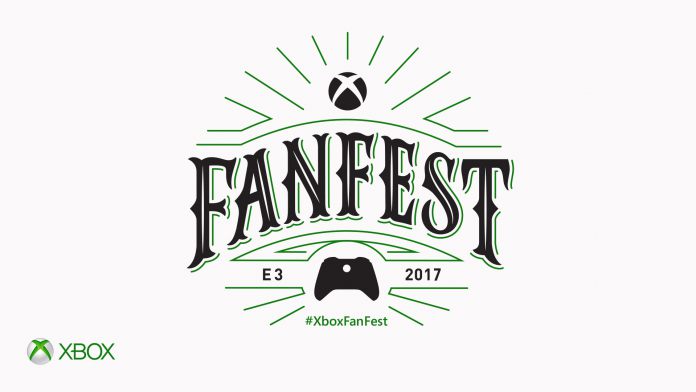 Back in February, Microsoft announced it had started planning its Xbox FanFest event for E3 2017. Now the company has revealed the event is planned and has officially announced it. Microsoft says this is the third year of the FanFest concept and the initiative has been a big success for the Xbox division.

Aaron Greenberg has been working with Larry Hryb (Major Nelson) to put together the Xbox FanFest for E3 2017. The company says the event will give 500 fans an opportunity to get close to Microsoft’s Xbox experience at the conference.

The Xbox FanFest E3 2017 event will get underway Sunday, June 11 and will run through E3 until Tuesday, June 13. Today, Microsoft revealed some of the finer details of the festivities coming at the event:

“400 of the 500 tickets will be available first-come, first-serve starting this Wednesday, April 19. Tickets will be released in drops throughout the day, with the first drop starting at 6 AM PT. Stay glued to #XboxFanFest and @Xbox on Twitter for when those drops occur! Please note that you will need to have a credit card to hold the ticket.”

The Xbox team points out that the FanFest is only open to fans aged 21 and over. Another requirement is that all attendees must have an Xbox Live gamertag. Of course, the other obligation will be one of the tickets mentioned above.

Microsoft says it has listened to customer feedback to deliver a more efficient event. The company says reserving tickets is free, while the remaining 100 tickets will be given away in promos and competitions.

The big news regarding Microsoft’s E3 presence will be the launch of the Xbox Scorpio/Project Scorpio console. Last week, Microsoft confirmed the device will launch in Las Vegas, and the previous week announced the specs of Project Scorpio:

Underneath, the tech giant lists some specs of the console: