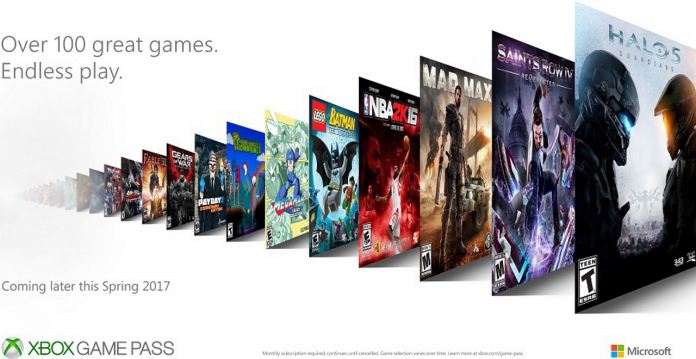 The pre-release test of Microsoft’s Xbox Game Pass service has just expanded to more Insiders. Those on Xbox Insider Ring 3 will now get access to a catalog of 28 games, free of charge.

The roll-out follows the beta ring release in late March. Game Pass currently has a selection of both Xbox 360 and Xbox One games on an unlimited basis. The number of titles will expand to over 100 following the full release of the service later this spring. A price of $9.99 per month will apply, with a constantly rotating selection of games.

Despite the misconceptions, Xbox Game Pass differs from Sony’s Playstation Now service. For a start, titles are downloaded to a user’s hard drive instead of streamed. This mitigates issues with poor internet and means users don’t need a connection to play. Pass also lets users buy the retail version of a game for 20% less, and comes at half the monthly cost.

Insider Ring 3 users should have access until at least April 28th, with some users reporting longer end dates on their account. It’s not clear when the Preview will roll out to Ring 4, but it will likely be soon to take advantage of the remaining two weeks.

Until then, Preview 3 users can test it via the following steps:

Naturally, you can access the service in the same way if you’re in the Alpha and Beta rings. Other users can either join the Insider Program or wait until the release in a couple of months.