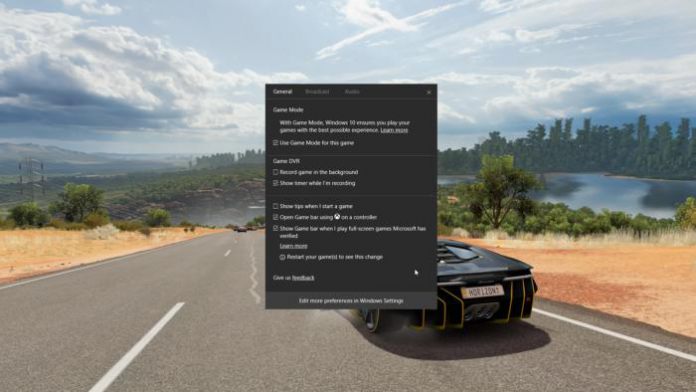 We have been following Windows 10 Game Mode since it was first revealed late last year. However, the full details around the feature have remained under wraps. Now that the Creators Update is here, more information about Game Mode is available. Interestingly, the feature can improve performance on modest hardware.

It seems the mode will only improve average PC performance by around 2-5 percent. It should be noted that 2 to 5 percent figure is confirmation. Microsoft’s information regarding Game Mode pointed to this level of improvement. In other words, the company has not promised something more.

Game Mode is something of a tuning feature for system resources. It tweaks the resources to dedicate more game-specific power to the CPU and GPU.

The feature does the same and pushes background tasks to the back of the line. Of course, GPU’s are already dedicated to gaming, at least on a gaming rig. Game Mode will retain game data in local RAM so it can be accessed more quickly.

That is not to say Game Mode cannot make a difference. Indeed, PCWorld tested Windows 10 Game Mode and found it produces performance improvements for underpowered machines. In the test, the outlet opened simultaneous applications and left them running in the background. Through a benchmark, it was found Game Mode produces a markable improvement in frame rate.

The problem is the frame rate does not appear to increase enough to make gaming better on high end PCs. PCWorld points out that no game suddenly became better to play or watch on a high-spec’d PC. However, there is a significant allowance given by the new mode. Namely, it makes the games playable on an average PC, whereas before lag would have prevented that.

This is potentially very important. In the past, underpowered PCs would simply not be able to play demanding games. Framerates would drop to unplayable levels and lag would scupper the experience. Windows Game Mode makes gives gamers at least a chance of being able to run titles without losing framerate.

Needless to say, users running a modest machine will still not get a blazing experience, but they will see huge improvements.

So, if you are running a beastly gaming PC then Game Mode will make little to no difference. However, it will certainly boost a laptop or normal PC with better framerates.

In a separate article, Microsoft spoke to PCWorld about its plans for Windows 10 Game Mode.

The company says it is “focused on this initial release in Game Mode on CPU and GPU contention,” Kevin Gammill, program manager for Xbox’s Platform Partner Group, said in the article. “You can imagine other areas of contention that we would focus on in the future.”