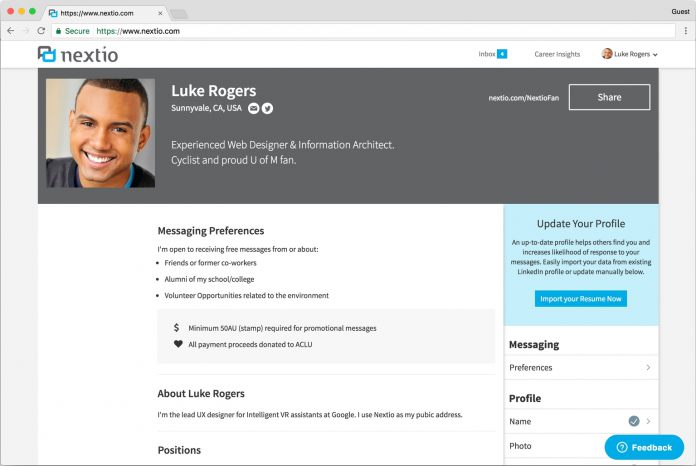 Two ex-employees of Microsoft have introduced a new company that will take on the might of LinkedIn. Nextio was launched on Thursday as professional networking website that offers a twist on the format. Last year, Microsoft acquired LinkedIn in a $26 billion deal to boost its enterprise network and data.

The Bellevue-based company was founded by Anoop Gupta and Aravind Bala. Both were former managers are Microsoft. Gupta worked as a technology assistant to Bill Gates and is a noted scientist, while Bala is a former engineer who was a manager at the company.

As a new company, Nextio currently has six employees and has raised $2.2 million from early investment rounds.

Microsoft announced last year that Gupta and Bala had left the company to focus on creating a start-up. The creation of Nextio was inspired by their time with Microsoft. As they would often recruit new engineers from networking services like LinkedIn.

Under the LinkedIn model, recruiters pay the company to use premium messages like the ability to send a direct message to users and gain more profile access. Gupta says under the Nextio model the payment goes to the user who is being recruited and not the network.

In other words, if users just want to connect about personal things they can, but if it is a professional need then there will be a charge. The settings menu is used to decide the level of contact.

Members choose when they want to be contacted, while they can also customize their price for replying. Gupta says people should be able to monetize their resources.

“We thought if the recipient actually got some money, it would make them pay attention to the message,” Gupta said. “It says, ‘Someone is willing to pay money to talk to you.’”

Naturally, Nextio takes a 20 percent cut from each payment. The network also provides a feature called Career Insights. This allows data collected from user profiles to show skills and experience in any job.