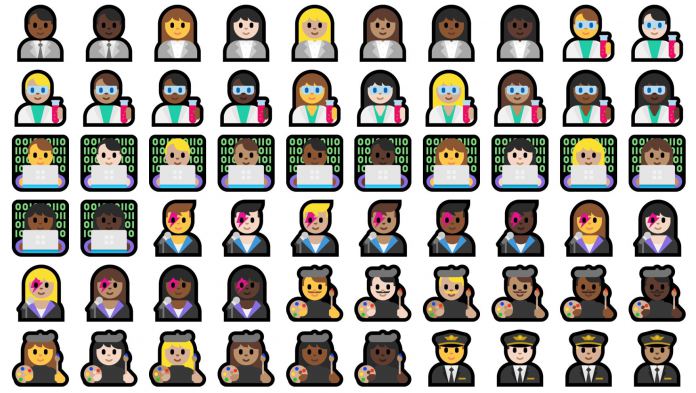 Microsoft Windows 10 Creators Update is now rolling out via automatic updates. The feature upgrade is packed with new additions and abilities within the OS. One of the more minor, yet still interesting, new addition is an expanded emojis library.

If taking into account these variations, the Windows 10 Creators Update introduces 2,381 emojis. You may remember, the Anniversary Update offered more, with 1700 new emoji and 52,000 variations. Either way, the latest Windows build has added plenty to the existing catalogue.

All of the new additions are part of Emoji 4.0, which was released in November 2016. The new professions include female and male versions of a teacher, artist, cook, singer and pilot.

Pushing the equality line further, the Creators Update now makes gender assurances. Any emoji on the OS with a male symbol will now also receive a female version.

However, there is a caveat. It seems adding all the new emojis to the touch keyboard is a tough task. That means none of the new additions are visible on the keyboard. If Windows 10 users want them, they will need to copy and paste them from the web.

This is strange, but we are sure Microsoft is working on keyboard compatibility for a future Creators Update release.