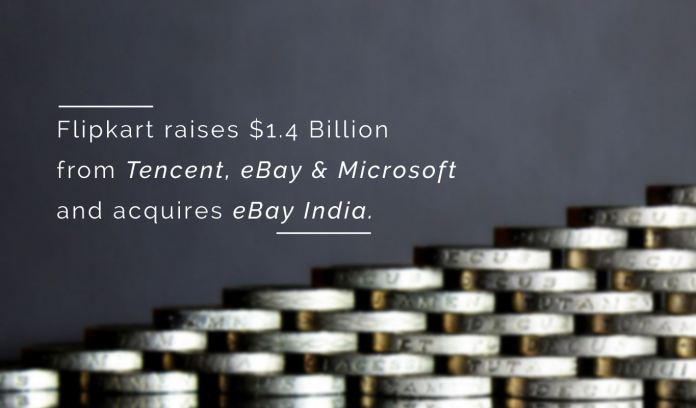 Microsoft is among a group of investors who have put backing into Indian e-commerce juggernaut Flipkart. A group of companies, including eBay, Tencent, Naspers, Tiger Global, and DST Global joined the round. Microsoft’s investment represents the biggest deal the company has ever made in India. It also continues the company’s links with the retailer.

The funding round resulted in the company gathering $1.4 billion to push a post-money valuation of $11.6 billion. The online retailer will use the money to help continue its push to rival Alibaba and Amazon.

Flipkart will now oversee eBay India, which is not a big e-commerce platform in the country. However, the eBay division will continue to be independent.

Over numerous funding rounds, Flipkart has raised a total of $4.65 billion. Today’s announcement marks the company’s first funding round in nearly two years. The last came in July 2015, when $700 million was raised.

The $1.4 billion brought in this time results in this investment being the biggest round in Indian start-up history.

Flipkart has recently announced a merger deal with Indian retail rival Snapdeal. The company says the merger will allow it to compete more evenly with Amazon.

The company says it will use its strategic investment allies to help “drive the next phase of e-commerce growth in India.”

“We are delighted that Tencent, eBay and Microsoft — all innovation powerhouses — have chosen to partner with us on their India journey. We have chosen these partners based on their long histories of pioneering industries, and the unique expertise and insights each of them bring to Flipkart. This deal reaffirms our resolve to hasten the transformation of commerce in India through technology,” –  Sachin Bansal and Binny Bansal, Founders of Flipkart

Microsoft has a recent history of collaboration with Flipkart. The e-commerce company announced recently its decision to adopt Microsoft’s Azure cloud platform.