Back in February, Microsoft announced that it would introduce a Windows Insider Program for Business. The platform will allow IT professionals and enterprise customers to support Windows development. Microsoft has now revealed the community is open for registrations using an Azure Active Directory corporate credential.

Furthermore, the program will also connect with IT Pros and businesses to help them deploy Insider builds throughout an organization.

As with other Microsoft Insider programs, WIP4Biz will rely heavily on user feedback. Microsoft will use the feedback to improve product experiences. Organizations can upvote reported issues to show the company their level of important. The company says this will allow the most urgent issues to be solved first.

Director of Program Management for Operating System Fundamentals and Product Owner of the Insider Program, Bill Karagounis said at the launch:

“[Microsoft] will be offering new experiences including software tools and a community to serve IT Professionals around the world.”

Last month, Microsoft celebrated a big milestone for the Windows Insider Program. The platform passed 10 million members to far pass the company’s initial expectations. Microsoft started the program with the modest goal of trying to reach 400,000 Insiders. Windows 10’s release pushed the membership past one million just weeks after the program launched.

By March 2015, the company said the program reached 3 million Insiders, and that jumped to 7 million a year ago. 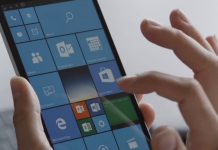