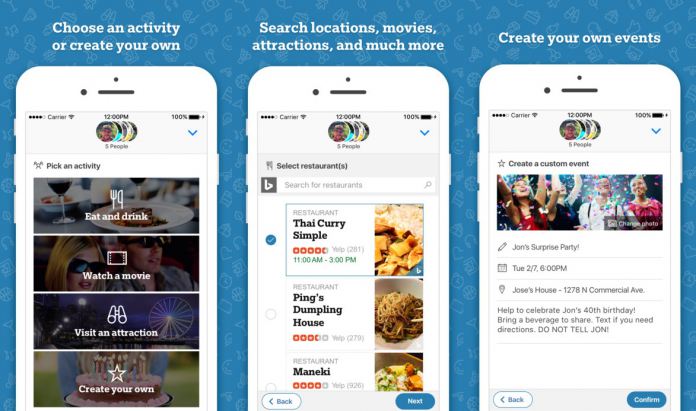 Microsoft has debuted a new application for Apple’s iMessage service. Called ‘Who’s In’ the app allows users to plan events with friends. Basically, the app lets people search for things to do, such as movies to see of places to eat. Custom events can also be created and sent to contacts.

Users on iPhone can share these events with a “Who’s In” and the response back will be “What is this and why are you sending it to me”. Users can easily select an activity from a list of tabbed events.

If you think this system is familiar, then you have probable used Google’s Who’s Down app. It was basically the same set up, so Who’s In is certainly in knock-off territory. That said, Google’s Who’s Down service was closed because it could not attract users.

Interestingly, this idea was tried before Google, with another shuttered app called Free. Either way, two down and one to go is the impression we get. This simply seems to be an idea that users are not interested in.

It is trying to tap into teen social culture, which I admittedly know little about. Although, I probably know enough that with Snapchat and Instagram around, teens are not going to be in a rush to use Who’s In.

While the new iMessage app from Microsoft may seem pointless, it actually may not be. The company recently brought a Bing extension to iMessage. The integration allows users to make Bing searches directly within the messaging service and then share those searches.

My guess is Who’s In is Microsoft putting its Bing integration to work. It would be a solid prediction to say the company is testing the water and will leverage Bing in more engaging ways in the future