Almost a month ago, Microsoft announced the general availability of Visual Studio 2017. Now, the company has released an update for its integrated development environment, which brings several new features and improvements.

Along with the inclusion of the new Windows 10 Creators Update SDK, the latest update to Visual Studio brings the following improvements:

Users who wish to try the newest features available in C# 7 can do so by exploring with a workbook, here. The update also improves Xamarin’s memory usage, while reducing the disk space footprint so that the Xamarin.iOS and Xamarin.Android tools are more lightweight and efficient.

The update brings the following changes to the SQL Prompt Core:

Users of the Enterprise version of Visual Studio 2017 also work with the ReadyRoll Core, a migrations-first database development, and deployment tool. The ReadyRoll Core allows users to extend DevOps processes to your SQL Server and Azure SQL databases.

The latest update to Visual Studio adds the following features to the ReadyRoll Core: 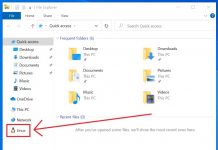