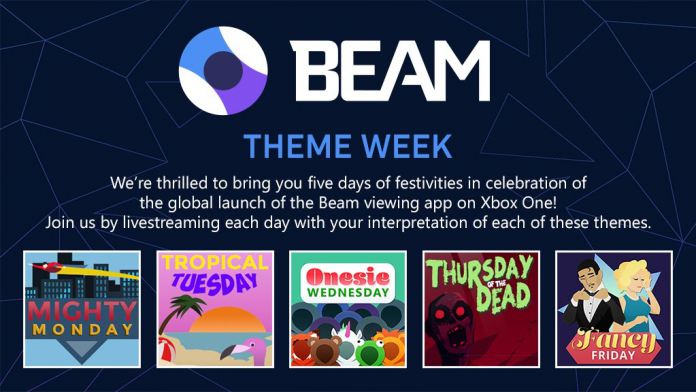 Late last week, Microsoft began the roll out of the Windows 10 Creators update to Xbox One users, marking the integration of several new features. Among them was an app for Microsoft’s recent acquisition, the Beam live streaming app.

Beam takes the traditional streaming from sites like Twitch and adds a different spin. It adds interactive elements that let the user control or vote on aspects of the streamer’s channel. This is made possible by Beam’s ‘Faster than Light’ protocol which lets streamers and watchers interact with almost no delay.

It’s an impressive set of features, and Microsoft seems to think its release on Xbox is something to celebrate. Beam will be pushing daily posts on Xbox Wire to celebrate the Beam community and its functionality. It will also offer users some freebies.

Each day, streamers will have a free theme. The first was ‘heroes’ on Monday, and today’s is ‘tropical Tuesday. Here’s the full schedule:

On top of that, Microsoft will be hanging out over 2,000 Beam Pro codes, as well [email protected] game codes and 3-months of Xbox Live. Of course, users will have to give something back – namely, watch streams.

It’s a clear marketing strategy from Microsoft, who is looking to compete with services like Twitch. However, it is a good excuse for streamers to change things up a little and breathe some new life into the platform.

You can read more about the event on the Beam blog.