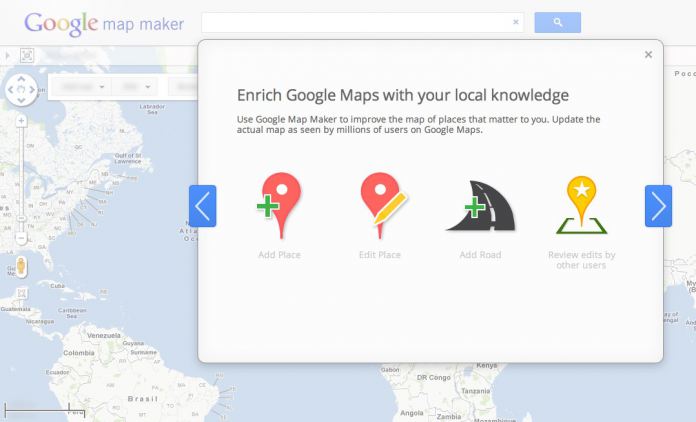 Google’s Map Maker editing tool has a long history. It began in 2008 and acts as a sandbox version of Google Maps to which users can add roads, terrain, landmarks and buildings. The idea was to crowdsource data and push it onto the live version if correct.

Unfortunately, a recent support article states ‘Google Map Maker has closed’. However, some functionality may be saved in the form of new Google Maps features.

“To make it easier for all Google Maps users to contribute changes to the map, we’ve started to graduate functionality from Map Maker to Google Maps on both desktop and mobile,” says the article.

Not Quite There Yet

Despite this, there’s still a lot missing from Google Maps. The focus is primarily on changing existing content, rather than creating entirely new roads and landmarks. This could punish countries that have very little coverage already, as it may take a while to fill in the gaps.

Still, it’s clear why Google has come to the decision. Map Maker has run into increasingly common problems with internet trolls, leading to a temporary shutdown in 2015. More phony content leads to a larger moderation queue, and it seems the resource expenditure wasn’t worth the value, especially when a lot of world has been mapped already.

For now, users will have to hold to the promise that Google will “continue to add new editing features within Google Maps on an ongoing basis”. Google has also hinted at a better moderation experiences which may solve many of the previous issues. What’s more, users can now suggest changes straight from the mobile app.

While it may take a while to get Google Maps up to par with Map Maker, it could turn out better overall. However, there’s still a lot of work to do, and no word of exactly when the features will land.