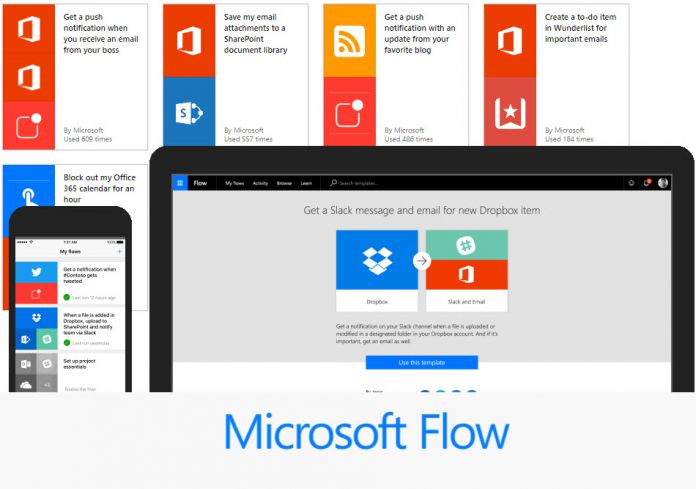 Microsoft has today announced that its Flow automation platform is now available to Windows phone users. At the moment, the service is in beta for testing. Once the testing phase is over, the app will be available to all Windows 10 users.

The expansion of Flow comes after it debuted last year. At the time of announcement, the app was only available on iOS devices. A month later the company brought it to public beta on Android. Flow left preview and was fully launched in October.

As is often the case with mobile these days, Microsoft left its own Windows phone platform until last. At least now users can get their hands on the app automation tool in testing. Adi Regev, Principal Project Manager for Flow Mobile, says the app is open for people who want to test it:

“If you wish to participate in our Beta program,” Regev said, “please send your request to [email protected].”

If you are unfamiliar with Flow, it is a service that allows users to create automated workflows across applications. It can be described as an enterprise-oriented IFTTT competitor. By creating automated chains, users can get data collection, file synchronization, and notifications.

For example, the platform can automate notifications for other services, such as Slack chat. The service can be used to set up to send notifications to services such as Trello and other non-Microsoft software. Of course, the company’s own software, like OneDrive, also work:

Since launching the platform last year, Microsoft has been busy with numerous update. Check out all our Flow news, but among the integrations are SharePoint, Gmail, and Power BI.