Nationwide changes to internet service provider (ISP) regulations could be overturned on a state-by-state basis. Recent changes would eliminate the need for ISPs from getting consent before using or selling personal data. While the US House and Senate voted for this change, the Minnesota House and Senate could have set a precedent for other states.

The controversial national decision means ISPs can use and sell webs browsing history and app history without gaining consumer consent. This data can then be used for advertising targeting consumer more accurately.

The Minnesota Senate did not match the central governments ruling. The state made an amendment that says ISPs cannot “collect personal information from a customer resulting from the customer’s use of the telecommunications or Internet service provider without express written approval from the customer.”

The amendment was proposed by Democratic State Senator Ron Latz. He says the change covers browsing history, app use, and online purchase data.

“This amendment is about standing up and saying that our online privacy rights are critically important,” Latz said. “The amendment states that Minnesotans shall not have their personal information from their use of Internet or telecommunications services collected by providers without their express written approval. It won’t circumvent the federal government, but it will give Minnesotans a legal recourse to protect their privacy.”

Under the amendment, ISPs would also be stopped from denying services to customers who do not agree to have their data taken. The Minnesota House followed the Senate’s lead and added a similar change to its budget bill.

In an era where online privacy is a hot topic, the decision to remove choice from consumers has been controversial.

As this is just an amendment approval, it has not yet been passed in Minnesota. It must be reconciled into a compromise version before a final decision is made.

The amendment shows the divide between some Republicans and the decisions made at federal level. The GOP holds a one-vote majority in Minnesota, so a Republican vote was needed to get the Democratic amendment into the final bill.

“We should be outraged at the invasion that’s being allowed on our most intimate means of communication,” said Republican Sen. Warren Limmer, according to the Pioneer Press. “This is an amendment that so urgently needs to be addressed.” 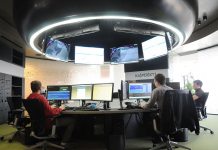 Report: Kaspersky Lab Has Been Working with Russian Government