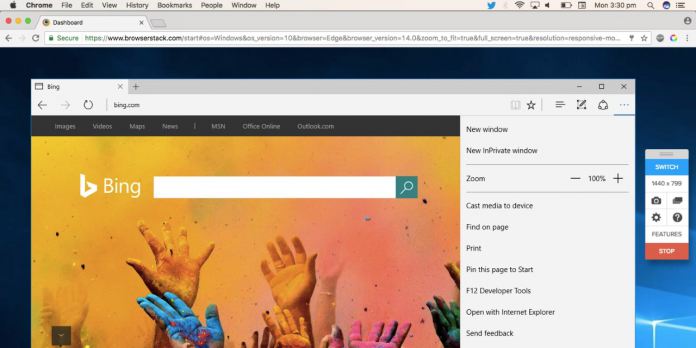 Microsoft has closed the month with yet another partnership, this time with mobile and web testing leader BrowserStack. The collaboration will bring significant benefit to Edge developers via free remote virtual testing.

Previously, devs had to run different versions of Edge via virtual machines or Windows 10 PCs. However, the Redmond giant has heard that many to have easy access to Edge and has decided to do something about it.

For those unfamiliar, BrowserStack provides an intuitive testing experience for over 36,000 companies via cloud-based browser instances. Edge will now be added to that list. Devs can sign into BrowserStack and use the Live and Automate services free of charge.

“This method of testing allows you to run up to 10 Microsoft Edge test sessions via script, which can integrate with your local test runners via the standardized WebDriver API,” explains director of program management Jason Weber. “You can even configure your machine so that the cloud-based browser can see your local development environment—see the Local Testing instructions at BrowserStack to learn more.”

Devs can test with three different versions of Edge. There’s the two latest stable releases, as well as Insider preview builds. This gives you the option to test functionality before new updates roll out.

The functionality will extend to Microsoft’s EdgeHTML 15, which will roll out with the Creators Update on April 11th.

You can find more about the partnership on the Windows blog.