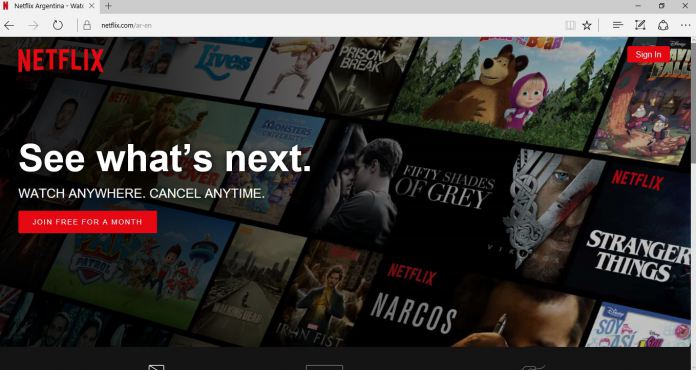 Microsoft has been championing the quality of Microsoft Edge on Netflix for some time. The company boasted about Edge being the only browser to handle the streaming service in 1080p. Now, a PC World test has found that Microsoft Edge is the only web browser that can run Netflix content in 4K.

Relying on new features coming in the Windows 10 Creators Update, Microsoft Edge can now handle the jump to 4K. That puts it at an advantage over rivals like Google Chrome, Mozilla Firefox, and Opera.

To test the capability, PC World tested Netflix in 4K across the four major browsers. The outlet says Edge was the only one to deliver 4K. Incidentally, the native Netflix app for Windows 10 also managed to stream in 4K.

Before continuing, there are a couple of caveats. The first is that this is just one test and I am sure Google will have something to say about that. However, considering how basic this test is then it could be conclusive. Either 4K streaming worked or it didn’t, there are few nuances to consider in the results.

The other caveat is the specs needed to get Microsoft Edge to run Netflix at 4K streaming. The machine running the browser will need an Intel Kaby Lake processor and of course some kind of 4K display. Considering both those specs tend to be in the high-end of the market, this is not for everyone.

Also, it goes without saying that you would also need a Netflix 4K subscription, which costs $11.99 per month. Oh yes, you’ll also need the kind of internet connection that is fast enough to handle the data.

It may sound like I am being flippant about the specs needed, but that’s not the case. There is no doubt that consumers are making the push to 4K displays. Equally, computing tech changes quickly enough that what’s new and expensive today is aging and average in a couple of years.

With that in mind, Microsoft is positioning Edge to be at the forefront of streaming performance. What’s arguably more impressive is that the browser is so far ahead of its rivals. It even remains the only web browser that can stream in 1080p Full HD. And you know what, most users have those specs.

PC World points out in its test, Chrome, Firefox, and Opera could only stream in 720p.