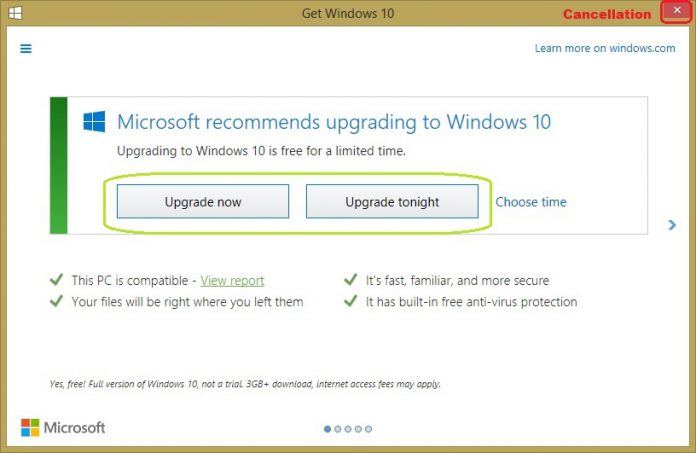 Microsoft’s Windows 10 update practices are under a legal spotlight after three people in Illinois filed a lawsuit against the company. They say the Windows 10 update destroyed data and caused permanent damage to their PCs. The complaint has been filed in Chicago’s US District Court on Thursday.

The plaintiffs say Windows 10 is a defective product that did not give sufficient warning before initiating installation. They argue that Microsoft did not provide enough clear warning about potential stability risks caused by upgrading to Windows 10 from older Windows build.

Microsoft has responded publicly to the case and said it is “without merit”. However, the filing says the company “failed to exercise reasonable care in designing, formulating, and manufacturing the Windows 10 upgrade and placing it into the stream of commerce,” the complaint claims. “As a result of its failure to exercise reasonable care, [the company] distributed an operating system that was liable to cause loss of data or damage to hardware.”

Legal representatives of the plaintiffs say they are seeking a class action suit. This would mean the case would include all people in the United States who upgraded from Windows 7 to Windows 10 and suffered data loss or machine damage. Attorneys say there were potentially thousands of affected customers.

In a statement, Microsoft dismissed the case as baseless:

“The Windows 10 free upgrade program was a choice designed to help people take advantage of the most secure, and most productive Windows,” a Microsoft spokesperson said in an email to The Register. “Customers had the option not to upgrade to Windows 10. If a customer who upgraded during the one year program needed help with the upgrade experience, we had numerous options including free customer support and 31-days to roll back to their old operating system. We believe the plaintiffs’ claims are without merit.”

The free upgrade was supposed to be a grand gesture by Microsoft, but it quickly turned sour. Many users accused the company of pushing the platform on them. Updates were happening with little to no warning, and were initiating automatically.

Consumers felt that they were being forced into upgrading to Windows 10. Some reported lost work and earnings due to automatic updates starting without the chance to stop them. Some of the automatic updates were funny, but the Electronic Frontier Foundation (EFF) was not laughing.

The EFF said Microsoft “Blatantly Disregards User Choice and Privacy … the tactics Microsoft employed to get users of earlier versions of Windows to upgrade to Windows 10 went from annoying to downright malicious.”

Last June, a Californian woman successfully sued Microsoft and was awarded $10,000. The plaintiff in that case said the forced (and ultimately failed) Windows 10 upgrade left her system underperforming. She said the update made the PC crash multiple times and left it unstable, which is something that has been reported by other users.