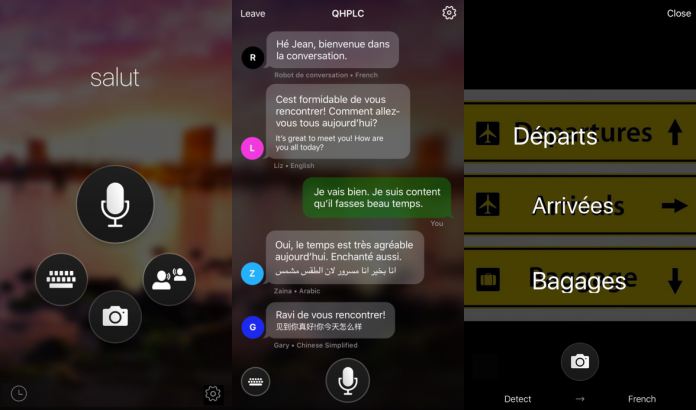 Microsoft has rolled out a new update for its Microsoft Translator app on Apple’s iOS platform. This release brings the service up to version 3.0.3 and adds some important new abilities. The update or indeed the app is available to download now from iTunes on the web and the App Store on iPhone.

The most important part of Microsoft Translator is of course its language capabilities. On that front, Microsoft has improved the experience with the update to version 3.0.3.

Japanese and Hindi transliteration is now supported in the app. Furthermore, Microsoft has also added offline text translation in Filipino.

Aside from bolstering language capabilities, the company has also made some UI tweaks to Translator. Microsoft has also performed several bug fixes across known issues, such as the Safari extension language selection.

Microsoft Translator allows automated translation of text or speech. It can translate conversations and content in over 60 languages and can perform real-time translations in conversations. However, this latter feature was never made available on Windows Phone.

The app also helps users understand a language by translating words or a phrase out loud. Users can also download translations and store them offline.

Away from iOS, Microsoft announced earlier this week that it is discontinuing Microsoft Translator on some older Windows builds.

Users who currently use the app on older Windows versions will not get functionality for much longer. The company says it is shuttering the app completely from April 30.