2. Multiple organizations, private: This is the true consortium scenario where each organization will have its own footprint and subscriptions, Azure AD tenants, and regions are all different. Given enterprise IT requirements, the services deployed must not be publicly accessible on the internet, even though communication will occur across organizations.

3. Multiple organizations, public-facing: Similar to the above topology, but in industries, enterprises, or scenarios where IT requirements allow or require the services deployed to be accessible to the public, over the internet. This simplifies the network connectivity requirements for the distributed system.”

The templates apparently make the whole process much easier, and can be completed by someone with little knowledge of Azure of Ethereum. 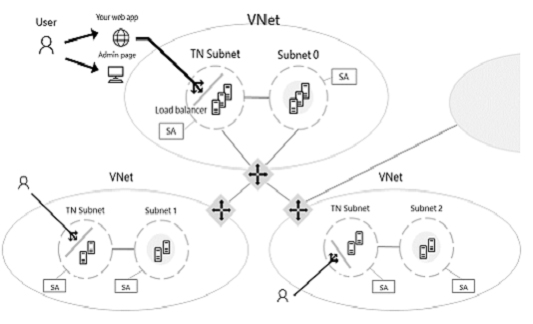 “Rather than spending hours building out and configuring the infrastructure and networking across organizations,” wrote Avanessians, “we have automated these time-consuming pieces to allow you to focus on building out the consortium and your production pilots.”

You can view the templates today on the Azure Marketplace, and find out more on the blog.