All reports suggest that Microsoft is waiting for innovation before it gets back into the mobile market. More recently, information suggests that Microsoft is working on smartphones for 2017, and the long-awaited Surface Phone for 2019.

While the 2017 models are allegedly normal, Windows 10 Mobile handsets, there hasn’t been many hints of Microsoft’s later strategy. However, Twitter personality WalkingCat has found a patent that could give some ideas.

The Return of Microsoft Courier?

The patent describes a foldable phone not unlike the Courier that was leaked seven years ago. However, this one was filed in 2015 and some significant changes. Instead of hinges, it details a way to combine multiple displays while reducing distortion between them.

It’s a concept very similar those in Microsoft’s productivity future vision video, something the company seems to be slowly working towards.

In fact, it does discuss larger foldables with tiled displays. The patent describes it as so:

It’s an interesting concept and one that could prove very profitable. However, it’s worth noting that this is just a patent idea.

While it seems likely Microsoft would test such a theory, it’s unclear if a physical device will ever come of it. 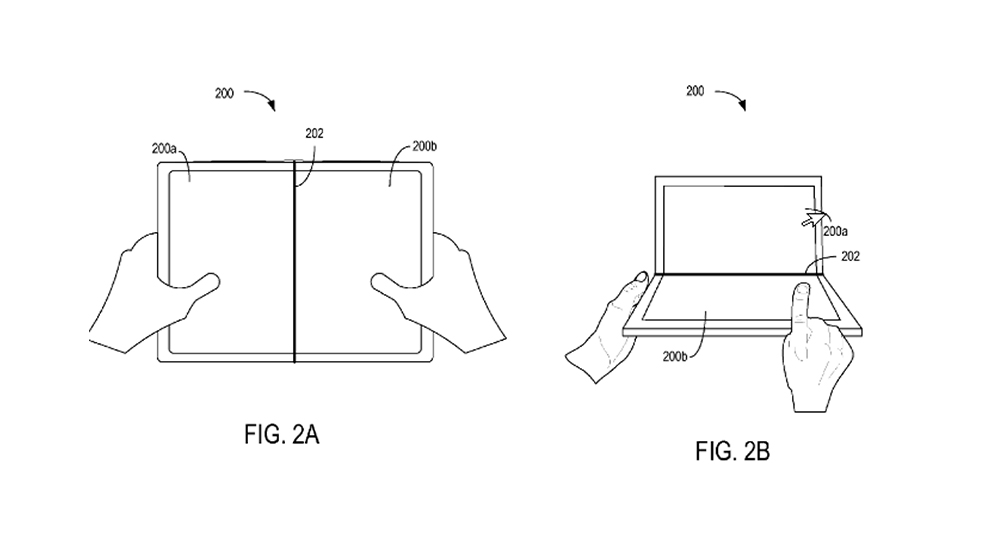 Unfortunately, there’s nothing we can do other than sit back, wait, and hope. The company has expressed interest in opening up a new category of mobile devices, and this is just one avenue to explore.