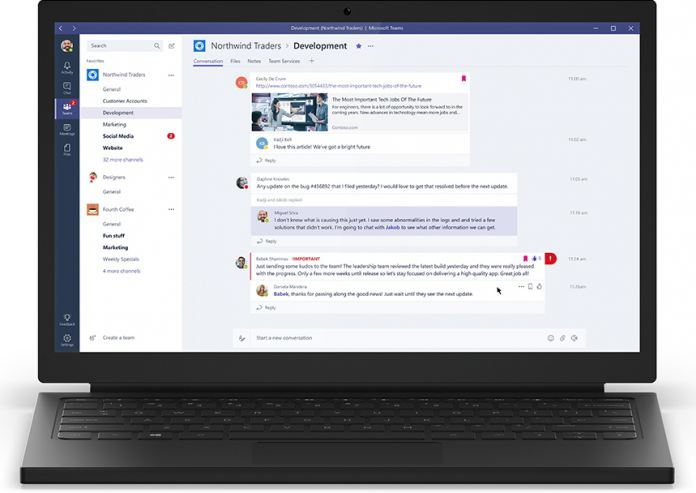 Microsoft Teams is now available globally after the company released it fully to Office 365 business last week. The expansion of the work chat solution is continuing today with the introduction of Teams for Office 365 Education customers.

Current subscribers of Office 365 Education will get Microsoft Teams as a free add-on to their existing service. The platform is available for Education, Education E3, Education E5, and Education Plus.

Like the business version, Microsoft Teams for Office 365 Education is available in 181 markets and 19 languages.

“Starting March 20, 2017, Teams will be off by default and available to IT admins to turn on for their institutions. We recommend that IT admins enable Microsoft Teams and begin using it now within their IT organizations; and for targeted groups of faculty, staff, teachers, and higher-education students.”

Across all iterations of Office 365, Teams is a cross platform solution for Windows, Mac, iOS and Android. Web users can also access it through Microsoft Edge 12+, Internet Explorer 11, Firefox, and Chrome.

Teams was launched last year as a direct competitor to Slack. At the time of the launch, it was apparent the service put Slack under major pressure. By tapping into Office 365, Teams has millions of ready-made users. Slack responded immediately to Teams with a full-page ad in the New York times discussing its own growth.

Before the global roll out, Microsoft made a significant update to Teams. The company announced the following new features: