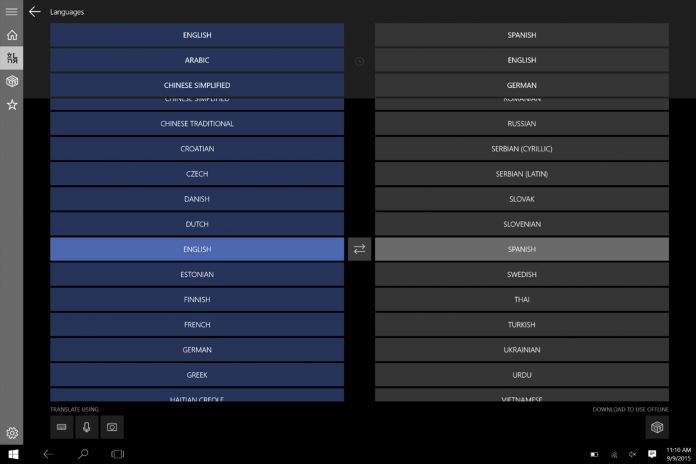 Microsoft Translator is soon to be discontinued on older Windows phone builds. Some Windows PC builds will also see the service removed. The company has announced the app will be depreciated on Windows 8, Windows Phone 7.1, and Windows Phone 8.

Of course, this means users on those builds will not be able to download the app. Microsoft says the app will be removed from the Windows Store starting Wednesday, March 22.

You may think that if you already have Microsoft Translator then you will be fine. Well no, because Microsoft says the app will stop working completely on those builds from April 30, 2017. That’s just over a month left before the app becomes useless.

Microsoft Translator allows automated translation of text or speech. It can translate conversations and content in over 60 languages and can perform real-time translations in conversations. However, this latter feature was never made available on Windows Phone.

The app also helps users understand a language by translating words or a phrase out loud. Users can also download translations and store them offline.

While is the end of the road for the Translator app on some legacy Windows builds, Microsoft recently announced continued support for others. Specifically, the company says it will continue to support the app on Windows 8.1 PC and Windows Phone 8.1.

This support will be in evidence when Microsoft rolls out a new update in the coming weeks. The company has not expanded on what features will come with the update.

Users may be aware that the Windows phone version of the Translator app is different from the Windows 10 Mobile variant. Customers with the new Windows platform get the modern app with Universal Windows Platform (UWP) support.