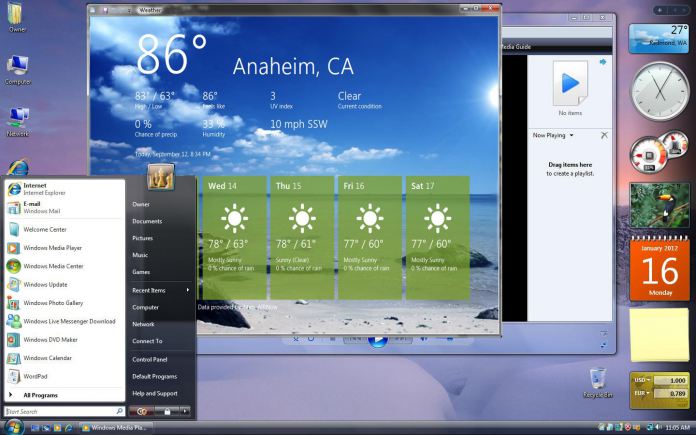 Hands up if you love Windows Vista. No? Whether you loved or loathed it, Microsoft will be ending support of Vista on April 11. This leaves users with just a few weeks to find an alternative. The move is part of Microsoft’s plans to get as many users as possible on its newest Windows builds.

End of support for the mainstream Windows Vista ended in 2012. Now the company is stopping its five-year extended support, which will include for business users. Once it is put to rest, Microsoft will stop issuing non-security hotfixes, security updates, support options, and online technical content.

Before continuing, it is worth pointing out that April 11 is also the day the company is widely tipped to be fully launching the Windows 10 Creators Update.

Back to Vista, Microsoft says that running an aged OS is risky in itself, but will be dangerous for companies past the support cut-off. For example, Internet Explorer 9 (the default browser on Vista) expired years ago. Security will also be a major issue as the OS will now be completely open to vulnerabilities.

The last major Windows build to be killed off was Windows XP. However, the end of Windows Vista is not quite the same. XP was hugely popular and found its way onto hundreds of millions of enterprises machines around the world.

Even a decade or more on, the OS was solid and served the needs of millions of companies. Many simply did not feel the need to upgrade to newer Windows builds. Of course, Microsoft forced their hand by ending support, leading to a mass migration away from XP.

Windows Vista did not enjoy the same popularity as XP and indeed was quickly brushed aside for Windows 7. Incidentally, Windows 7 support ends January 2020, so expect XP-like panic around its death.

NetMarketshare has Windows Vista currently at 0.78 percent of the whole Windows market. In other words, not many organizations are using Vista as their computing platform. It is worth noting that some users/companies will not care about support ending and will continue to use Vista. Proof of this comes from XP, which still holds an 8 percent market share.

As mentioned, Windows Vista was among the most unpopular Windows builds. It even gives the much-maligned Windows 8 a run for its money as most hated version ever. That said, I have something of a soft spot for Vista and its desktop gadgets. Indeed, I still have a laptop running the OS to this day.

That said, as a business solution it was rubbish. It didn’t seek to tear up the blueprint like Windows 8, but it was just not very good as a platform to run an organization.