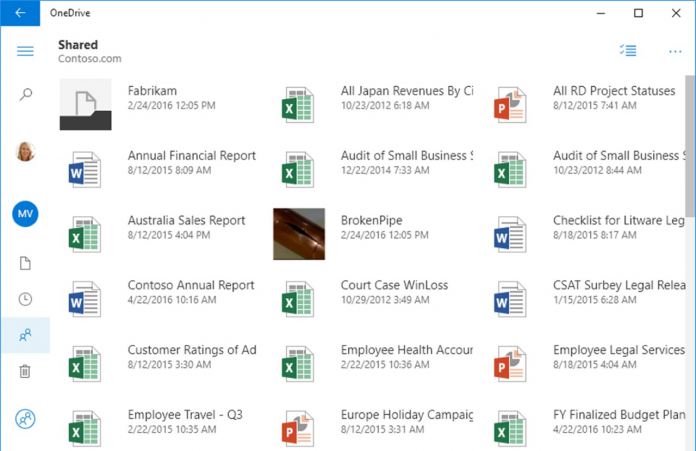 Microsoft has been constantly pushing its Universal Windows Platform (UWP), most recently adding WebRTC 1.0 and ORTC support for UWP apps. Now, the company has brought the OneDrive UWP app to Xbox One.

Owners of Xbox One can now access all their OneDrive files through their console, not just their photos and videos. The Windows 10 OneDrive app lets users work with their personal and work files while they’re on the go.

On top of bringing the OneDrive UWP app to Xbox One, Microsoft has also released an important update for the application. Users of OneDrive are now able to open and save OneDrive files in the Office apps Word, Excel and PowerPoint.

The old OneDrive app for Xbox One would only show photos from OneDrive. Now, users can view Office documents. Clicking to open the files will cause them to open in Microsoft Edge.

Here is a list of what you can do with the Windows 10 OneDrive app:

Keep in mind that currently, the OneDrive app does not support PDF files. However, it’s safe to assume that Microsoft will add PDF support as well in the future.

You can download the OneDrive UWP app here. Users who want to only view their photos and videos should check the Microsoft Photos app, here.