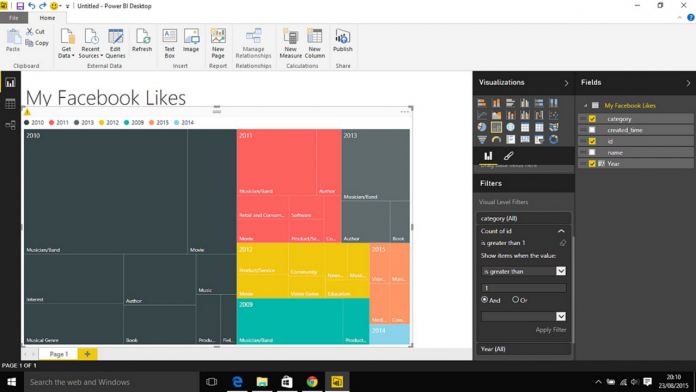 Microsoft has been regularly updating Power BI during the last couple of months and today introduced a Bing News Search template in the suite of business analytics tools. Now, the company has also released the Power BI Desktop March Update, one of the biggest updates yet for Power BI Desktop.

Power BI helps users analyze data and share insights. The suite’s dashboards provide a 360-degree view for business users with their most important metrics in one place.

One of the most important new features included in the March Update is the report theming preview. Thanks to the latest update, users now can quickly color their entire report to match a theme or a corporate branding.

When a user imports a theme, all their charts will automatically update to use the theme colors, and they will have access to the theme colors from the color palette. Users can upload a new theme file using the Import Theme option under the Switch Theme button. 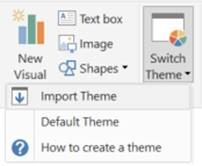 In previous releases of the Power BI Desktop, Microsoft hinted it’s been working on updates to the matrix visual. Matrixes in Power BI are similar to tables, but they have different category headers on the columns and rows. 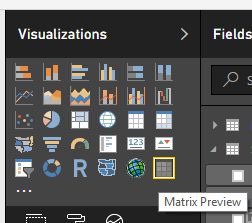 The Power BI Desktop March Update brings a new matrix visual preview, which is previewed as a separate visual, therefore allowing users to test it out without impacting any of their reports. To turn on the preview users should select the New matrix visual option under File > Options and settings > Options > Preview features.

Benefits of the new matrix include:

One of the most powerful types of visualizations included in Power BI Desktop is a Slicer. Slicers are on-canvas visual filters which help users segment data of a report by a particular value, such as by year or geographical location.

To turn on the preview, users should check the Numeric ranger slicer option under File > Options and settings > Options > Preview features.

The Power BI Desktop March Update features a huge chunk of new features, which you can check here. You can also check out the important updates in Microsoft’s video for the March Update: