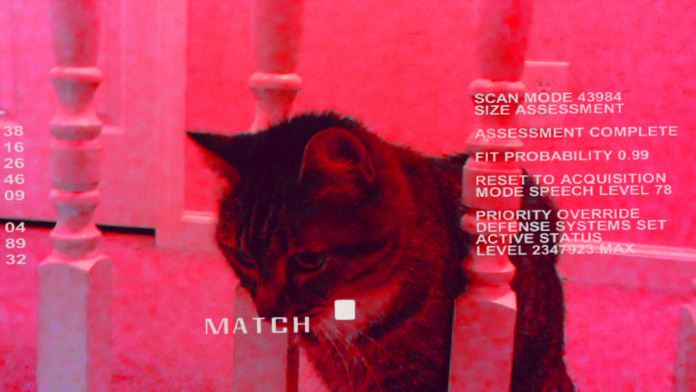 Microsoft has today written a post showing HoloLens developers how to create a special interface for the headset that draws inspiration from a sci-fi classic. The company is showing how to build the thermal head-up-display (HUD) from James Cameron’s 1984 action spectacular The Terminator.

Sure, the movie’s vision of the future was pretty messed up. For a start, we should already be at war with machines, when the reality is we are getting along well. However, The Terminator delivered cool factor in spades, including the thermal HUD.

Microsoft is now showing how to create the world as seen through Arnold Schwarzenegger’s T-800 cyborg for HoloLens. The company says aside from being merely an aesthetic addition, the HUD can integrate with Microsoft Cognitive Services. This will allow users to conduct analysis of objects, face detection, and Optical Character Recognition (OCR).

“Modern computing will eventually be overtaken by both 3D interfaces and 1-dimensional interfaces,” Microsoft says. “3D interfaces are the next generation of mixed reality devices that we are all so excited about. 1D interfaces, driven by advances in AI research, are overtaking our standard forms of computing more quietly, but just as certainly.”

Microsoft explains that developers start by building a 3D project within Unity, called “Terminator Vision”. Through a new scene, users add a HoloToolkit unity package that through a GitHub repository download. The company explains how the Unity IDE helps to set the scene:

“In the Unity IDE, select the Assets tab. Then click on Import Package -> Custom Package and find the download location of the HoloTookit to import it into the scene. In the menu for your Unity IDE, click on HoloToolkit -> Configure to set up your project to target HoloLens.”

The next steps involve adding a Canvas to act as the writeable surface. Developers then must add text to the HUD. An important addition for this particular feature is giving the HUD a red tint. Microsoft uses a highly optimized image shader for the effect.

Naturally, the company goes into complete detail on its blog, covering all of the necessary steps. Take a look at the source below for the full process.