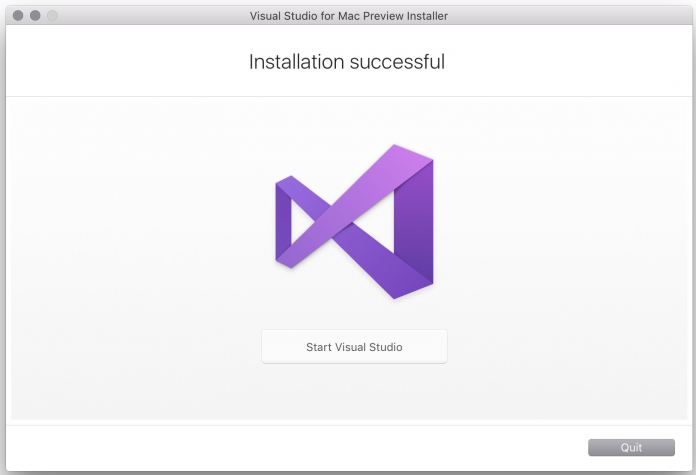 In addition, in Preview 4 the default build engine is now MSBuild, instead of xbuild, while users can specify portable and embedded compiler options in project options.

Microsoft also made various optimizations, as well as improvements to memory usage and performance across the IDE.

Microsoft´s open source .NET Core platform allows for cross-platform development and management similar to the main .NET Framework. It consists of CoreCLR, a complete cross-platform runtime implementation of CLR, the virtual machine that manages the execution of .NET programs.

The Preview 4 of Visual Studio for Mac brings important changes to the .NET Core workloads, such as integrated unit testing support for running and debugging tests with the Visual Studio Test Platform. Here is the changelog for .NET Core Support in Preview 4:

These templates create the following projects: a Xamarin.iOS app project and a Xamarin.Android app project which share code via a shared project. The Connected App templates also create a .NET Core project that implements a back-end service for the app. 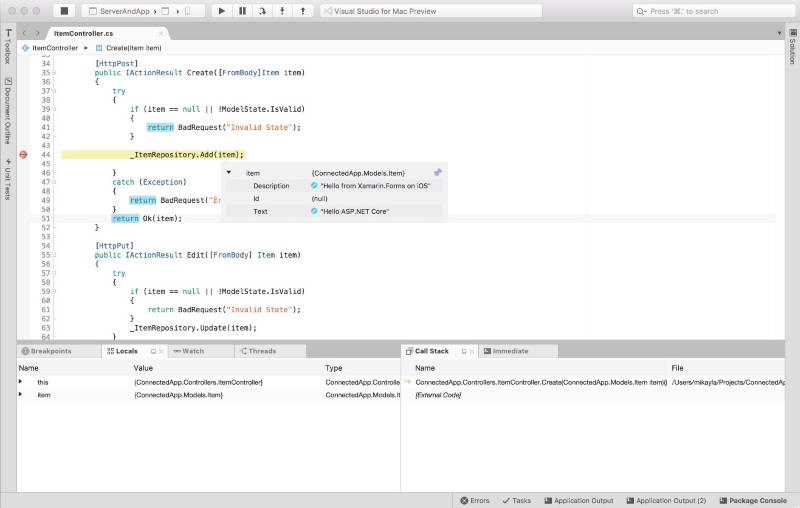 Along with the general and .NET Core changes, Preview 4 brings also lots of bug fixes to Visual Studio for Mac. Among others, Microsoft fixed the quick task drawing glitch and the restore errors after renaming a project file. If you want to check the full changelog for the bug fixes in Preview 4, check here.