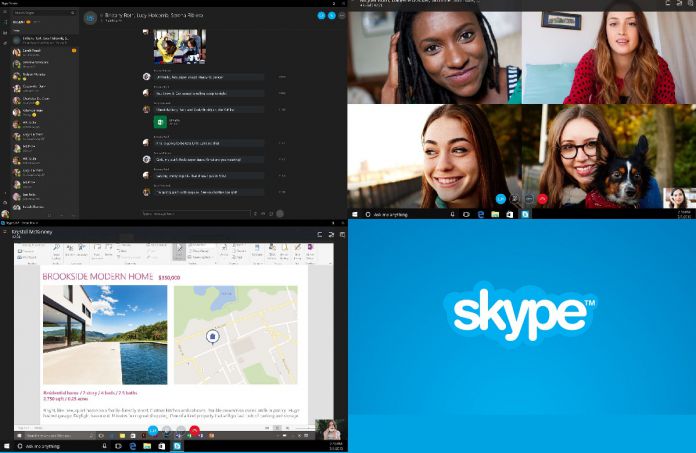 Microsoft has rolled out a new update for the Skype Preview app on Windows 10. The company has introduced support for CompactOverlay mode for users running Creators Update previews. With this release, the app gets bumped to version 11.12.111.0 on the Windows platform.

As suggested above, this update is for Windows Insiders. Skype Preview 11.12.111.0 is available now on the Windows Store, but only users on the Inside will benefit from CompactOverlay. If you are unfamiliar with the feature, it is basically a fancy way of saying picture-in-picture.

With the addition of CompactOverlay, users can now continue a phone or video call while performing other tasks. Skype will position itself with an Always On Top video window. This allows a conversation to be maintained and other app actions to be performed, or even document creation or browsing.

As is usually the case, Microsoft has also issued a number of unnamed bug fixes and performance enhancements to Skype Preview 11.12.111.0.

Skype Preview was launched last year with the Windows 10 Anniversary Update. Indeed, users need to have at least that Windows build to run the app. Microsoft built the Universal Windows Platform (UWP) Skype app to integrate all its Skype services back under one roof.

The company had made the controversial decision to split Skype services. The Preview app is Microsoft admitting the error and giving a fuller all-in-one Skype experience.

Skype Preview could be a precursor to Microsoft unifying the VOIP service across platforms. Last year, we reported on Skype for Life, which would be a version of Skype that would be equal on all platforms. It is likely that the UWP Preview app would serve as the blueprint for such a cross platform app.