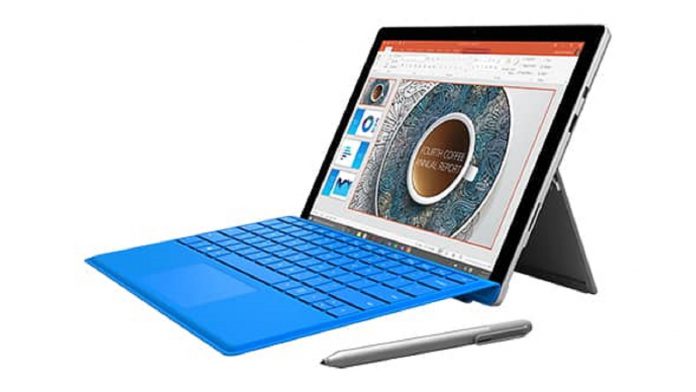 Whether that means anything long term is unclear, but it is more likely Microsoft is just offering some consumer choice. Other retailers beat Microsoft to the punch and have been selling the device without the pen for a few weeks.

It is worth pointing out that only the entry-level Surface Pro 4 is available without the pen. That’s the Intel Core m3 model. Indeed, Microsoft is now only selling this model without a pen. In other words, the company no longer sells the entry-level with the Surface Pen.

Again, I doubt this has implications long term. It is almost unthinkable that Microsoft would drop the pen for the Surface Pro 5. However, this action does point to the possibility of the Pro 5 arriving with an SKU that lacks the pen.

What is clear is that the company has been steadfast in its support of the Surface Pen. With the Surface Pro 4, the feeling that the tablet/laptop goes hand-in-hand with the pen was enhanced. Panos Panay, head of Surface at Microsoft, talked enthusiastically about the power of the Surface Pen at launch.

While it is easy to describe it as just a stylus, Microsoft avoids the term. It is probably fair that the company does that, considering the Surface Pen is a potent tool for writing and drawing. Microsoft has long boasted that the Surface Pen/Surface Pro 4 combination was a unique selling point.

Of course, the Surface Pro 4 (and indeed this iteration of the Surface Pen) is on its final lap. The hybrid is now nearly two years old. Microsoft avoided launching a sequel on a year-by-year basis in 2016.

There are a couple of reasons for that. Firstly, the Pro 4 remained a potent device against market rivals, and secondly the company is likely waiting for the Windows 10 Creators Update. The spring-launch feature update will be perfect for a new Surface Pro 5.

While the Pro 4 still holds its own, there is no doubt that rivals are now offering compelling alternatives. Technology as moved on, as it always does, and new devices now have Intel’s latest Kaby Lake chips, USB Type-C ports, and 4G capabilities.

Microsoft will almost certainly respond with the Surface Pro 5 during 2017. Expect it to arrive with a new and improved Surface Pen.