Started in 1994, the Superbrands survey results in a list based on the opinion of 2,500 people. They are asked to rank 1,500 UK brands for quality, reliability and distinction. It is not necessarily about how recognized a brand is, otherwise a company like Apple could well top both business and consumer lists.

Also, Google would conceivably own the consumer rankings because of Android. However, consumers are clearly ranking the company on its other Google-branded products. It is arguable that the average consumer may not know that Google makes the Android platform.

Microsoft was once atop the consumer rankings, but has slid down in recent years. The company is now outside the top 20. However, it is a trend that is mirrored amongst other tech companies. Apple, Amazon, and Google all lost places year-on-year, although all remain in the top 20.

The business rankings show Microsoft fares better, as do tech companies in general. Microsoft placed third in the business category, displacing PayPal and Google, but still trailing behind Apple and British Airways.

BA is actually the number one ranked company in both the consumer and business markets.

Stephen Cheliotis, chairman of the Superbrands council, said: “In what can only be described as a significant year of change, the UK public have very much opted for brands that represent continuity, consistency and comfort. Whether it is John Lewis or Cadbury, the top 20 brands, bar a few notable exceptions such as Google and Apple, are traditional stalwarts of UK life.”

While some may rankle at the fact Microsoft is declining in the consumer market in the UK, there are a couple of things to consider. Firstly, this is merely a snapshot of the company’s perception in one country.

Secondly, Microsoft has made a clear shift towards enterprise since Satya Nadella took control of the company three years ago. Microsoft is now a cloud first brand, focusing on delivering business solutions in the cloud and beyond. With this in mind, the Superbrands results make perfect sense. 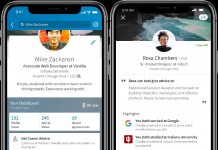 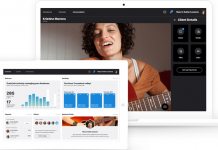