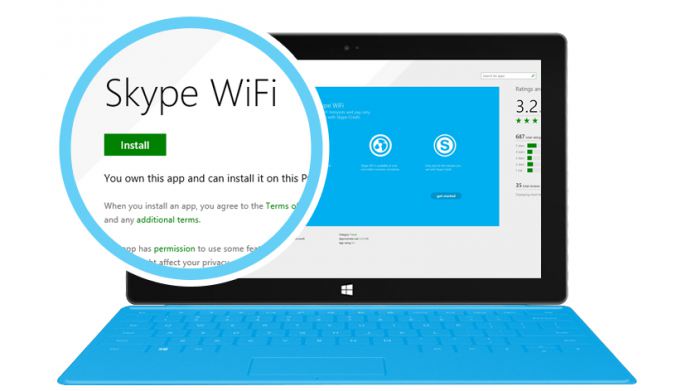 You may not have heard of Skype WiFi, and that’s because it isn’t widely popular. The service lets users pay for Wi-Fi access at public hotspots for a reduced price. Unfortunately, it won’t be around much longer.

In an email statement today, Microsoft informed users that it will be killing the service globally at the end of next month. Instead, the team will “better focus our efforts on bringing you the best possible experience through our core Skype features.”

The service currently covers over 2 million hotspots globally and is purchased via Skype credit. Come March 31st, users won’t be able to download the application, and those with it already downloaded won’t be able to find hotspots.

Microsoft reassures customers that “you can still use your Skype Credit to enjoy Skype’s other features,” but the availability of refunds is a little less clear. The company simply points users to the Skype Customer Service.

No Place in the Current Climate

The move on Microsoft’s part shouldn’t come as a huge surprise. When Skype WiFi launched in 2009, it was into an entirely different climate. The idea was to provide a similar cheap service as Skype’s calls and texts.

However, free WiFi is becoming more and more commonplace, and the price of mobile data has declined. That leaves Skype in a tough place, and there’s been little word about the product for some time.

It’s a tough call for those that rely on the service, but ultimately Microsoft needs the resources elsewhere. No doubt the extra manpower will benefit the core Skype service, as well as the recent Skype Teams and Microsoft WiFi, which provides similar functionality.

This also coincides with the announcement of Skype Lite. The India-focused application will provide Skype calls at a lower bandwidth rate, potentially saving money in pay per megabyte situations.

While it’s clear Microsoft has thought the decision through, it will likely be an upset to current users. With hope, the improvements in other areas will be worth it.