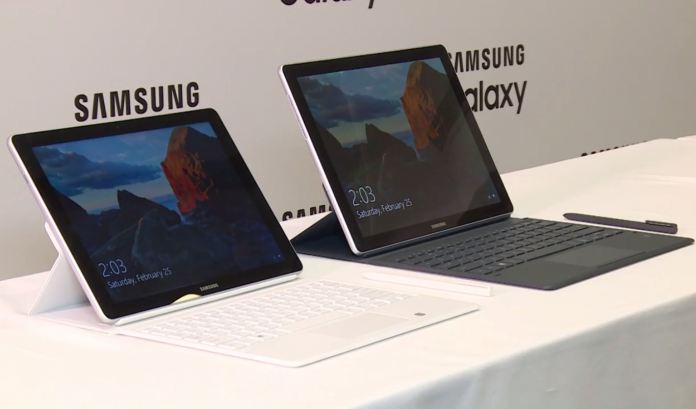 A week ago we reported that Samsung has been working on Galaxy Book, a Windows 10 device which seemed to have support for a pen. A new Windows Store app called ‘Book Settings’ made mention of Samsung’s Galaxy Book and now the Seoul-based company has announced the 2-in-1 device at the Mobile world Congress 2017 in Barcelona.

Microsoft and Samsung worked together to design an impressive 2-in-1 tablet. The Galaxy Book will come in 10.6- and 12-inch versions, featuring a pen and a keyboard, and is powered by Windows 10.

The smaller Galaxy Book features a traditional TFT LCD display at 1920×1280, however, the 12-inch model comes with an impressive, HDR-capable AMOLED display with 2160×1440.

All versions come with microSD support for another 256GB of storage, as well as fast-charging batteries. Samsung didn’t announce a price or a release date for the Galaxy Book.